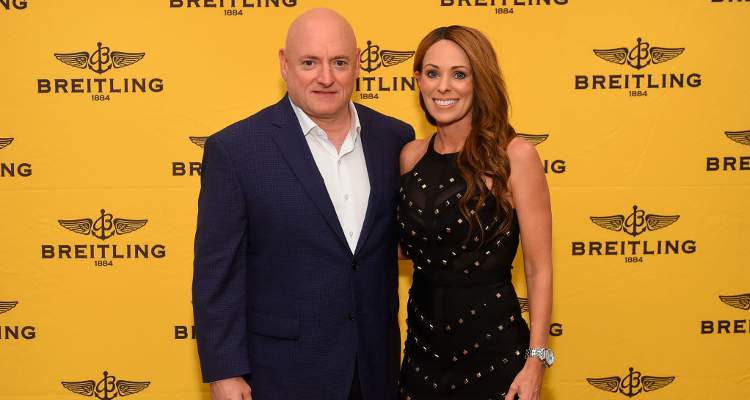 Amiko Kauderer is a former Public Affairs Officer from NASA who lives in Houston, Texas. She is engaged to retired U.S. Navy Captain and American astronaut, Scott Kelly. The couple has been dating for a while, and their relationship is said to be getting stronger by the day. Keep reading to know more about Scott Kelly’ girlfriend in Amiko Kauderer’s wiki.

Amiko Kauderer, who is a former Internet and Social Media Lead from NASA is in a committed relationship with retired astronaut and space engineer, Scott Kelly. He was previously married to Leslie Yandell and reportedly later left her to be with Amiko Kauderer.

The duo is in a long-term relationship for around seven years now. They first started dating in 2010 and have been going steady ever since.

Seven years ago in Moscow for the traditional pre-launch Red Square ceremonies before @stationcdrkelly launched on his first long-duration mission aboard the International Space Station. I don't recall his witty remark seven years ago, but he still gets me like this. #throwbackthursday #amikoonthego

When the news of Kelly dating Kauderer first came out, everyone was taken aback by the visible age difference between the two. However, Amiko Kauderer, aged around 37 at the time, didn’t seem to care about what the media and the shutterbugs had to say. The couple has been open about their relationship since day one and has hardly shied away from the limelight.

Scott Kelly and Amiko Kauderer have also had their share of relationship woes when Kelly was sent off on a space mission in 2015. The couple was apart from each other for precisely 520 days, with the occasional phone call to look forward to.

Amiko Kauder’s social media posts also speak about the sweet turbulence that the two had to face during Kelly’s space rendezvous. But that distance only made their hearts grow fonder, as the two are neck-deep in love with one another today.

While Amiko Kauderer may not be a hotshot space astronaut like her partner, she still has enough sass to keep her followers hooked. Kauderer has obtained a Bachelor of Arts in Communications from the University of Houston-Clear Lake in 2003. After that, she pursued a master’s in digital media.

Was on a red-eye last night so missed my favorite sundown poached pears & honey. Wishing friends, family & all who celebrate Rosh Hashanah  L'shana Tovah from NYC. May the new year be happy, healthy and sweet! #amikoonthego #roshhashana

According to Amiko Kauderer’s LinkedIn profile, she has worked as a consultant and freelance writer for Griffin Integrated Marketing before joining NASA as a Marketing Communication Specialist. Currently, Kauderer works as a Digital Strategist at CiviliNation.

Scott Kelly’s partner is also involved in a good deal of social work. In the past, she has volunteered at the Ronald McDonald House and has also worked in psychiatric rehabilitation and in-patient recreation for several years.

Today, Amiko Kauderer is involved with Child Advocates Inc., a non-profit organization that is working towards child abuse eradication.

The former Internet Lead from NASA has two boys. The youngest of Amiko Kauderer’s sons will soon be joining the U.S. Navy.

Amiko Kauderer has openly spoken about her relationship with astronaut Scott Kelly and isn’t bothered by what the media says or thinks. She also has quite a strong presence on social media herself.

Amiko Kauderer’s Instagram boasts her personal life and the happenings around her. While she isn’t very active on Facebook, Kauderer posts frequently on her Twitter and Instagram accounts. She is an ardent lover of fitness and traveling and often posts pics of her gym routines on social media.

The fierce digital media strategist and mother of two young boys easily defies her age with her exuding natural charm. To the world, Amiko Kauderer may be American astronaut Scott Kelly’s girlfriend, but there surely is more to her than just that!

I got you, my pretty. And I'll get your bigger twin too. #amikoonthego #flyfishing