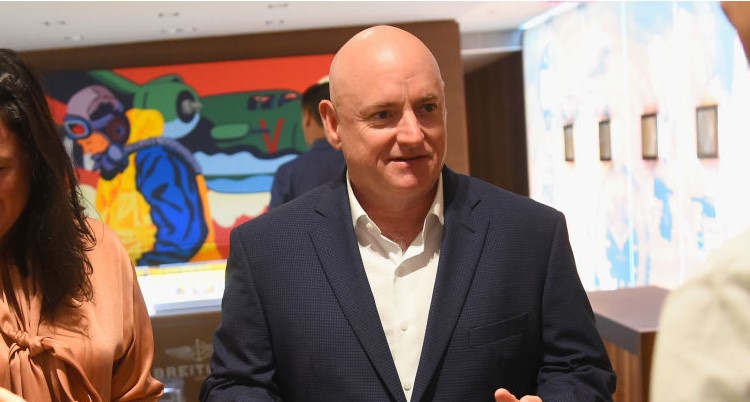 Scott Kelly is a famous American astronaut who spent a year in space, while his identical twin, Mark stayed back on Earth as a control subject. Here’s everything you need to know about Scott and his brother, Mark.

Scott Kelly is the famous astronaut who returned to Earth from his yearlong expedition in space. Outer space has been a topic of interest for almost everyone and so have the lives and experiences of astronauts. Everyone wants to know more about his life and are becoming curious about the people around him. Who is Scott Kelly’s wife? Who is his brother? If you have questions like these, then keep reading our Scott Kelly wiki!

Born on February 21, 1964 in New Jersey, Scott Kelly is a retired American astronaut, an engineer, and a retired U.S. Navy Captain. Having been a veteran of four space flights, he commanded the International Space Station on Expeditions 26, 45, and 46. Scott Kelly spent 340 consecutive days in space for the ISS yearlong mission. Kelly was selected for a special mission in 2012, along with Mikhal Korniyenko. It was a year-long mission to the International Space Station. His year in space commenced on March 27, 2015 and he returned to Earth on March 1, 2016.

Scott Kelly’s brother, Mark Kelly, is a former astronaut, as well. The Kelly brothers are identical twins and are the only siblings to have traveled in space.

Scott Kelly documented his year-long excursion to space and released a masterful memoir of his time there. Scott Kelly’s book, titled “Endurance: A Year in Space, A Lifetime of Discovery” was recently released on Amazon, and already looks to be sold out on some sites. (If you read any of the reviews that are already being released, you’ll see why; people are raving about it!)

Scott Kelly was married to Leslie S. Yandell. Their marriage couldn’t stand the test of time and ended in a divorce. Together, the couple has two daughters, Samantha and Charlotte.

Scott Kelly’s net worth is estimated at $500 thousand dollars. Wow! Well the rich usually travel the world, but Kelly has traveled beyond it!

Scott Kelly is currently in a relationship with a Public Affairs Officer for NASA, Amiko Kauderer. She waited for him faithfully while he spent a year in space. While he was away, she often posted pictures on Instagram and confessed that she missed him dearly.

Amiko is a web manager and social media lead, according to her LinkedIn profile. She works at the Johnson Space Centre in Houston. Her encouragement for the use of social media brought about the world’s first tweet from space. While spending a year in space, Kelly supported Amiko’s mission, too. and shared photos on his Instagram and Twitter from the International Space Station. Now that’s love; stretching not just across seas but even far beyond the face of this Earth! It’s true, love knows no boundaries.

Scott Kelly is a member of Association of Space Explorers and an Associate Fellow of the Society of Experimental Test Pilots. He has received many awards for his work, and they’re all well-deserved indeed! While most of us fear the unknown, Scott Kelly embraces it with excitement.