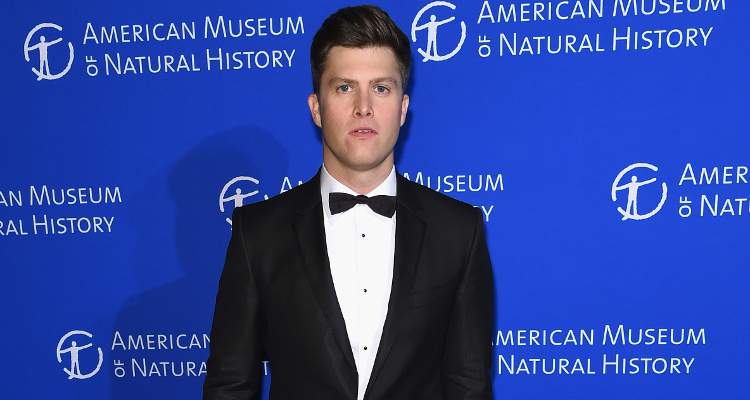 Lucy star Scarlett Johannson and the handsome Colin Jost might have finally gone public with their romance! On Thursday (November 30), Johansson and Jost attended the American Museum of Natural History Gala in New York. Although they didn’t walk the red carpet together, they posed for photos together inside. Colin Jost’s net worth is estimated to be $1.5 million. If you want to know more about Scarlett Johansson’s rumored boyfriend, then take a look at our Colin Jost wiki.

#puberme and my bro @caseyjost. I was voted Best Smile and Worst Jehovah's Witness. Thanks to @nickkroll and @stephenathome for doing this to raise money for PR #RinconPride

Born and raised in Staten Island, New York on June 29, 1982, Colin Jost’s age is 35. His mother, Kerry J. Kelly, is the chief medical officer for the New York City Fire Department, and a physician, while his father, Daniel A. Jost, studied engineering and is a former teacher who taught at Staten Island Technical High School. His brother, Casey Jost appeared in 2015’s Staten Island Summer and is a writer for truTV’s Impractical Jokers. Colin Jost’s height is reportedly 5’10.5”.

While at Regis High School in Manhattan, he was the editor of the school newspaper, The Owl. While at Harvard, he was president of the undergrad humor publication, Harvard Lampoon.

I forgot a tie but I found a drink

After graduating from Harvard, Jost started working as a writer on NBC’s Saturday Night Live. Because of his impressive skills, he became a writing supervisor in 2009 until 2012, when he became co-head writer until 2015.

During the show’s summer break after their 2012-2013 season, executive producer Lorne Michaels asked Jost if he was up for the Weekend Update segment. He gladly accepted the offer and replaced Seth Meyers, who went on to host his own late-night talk show.

Jost has also made a brief appearance as Ohio Governor John Kasich in a Republican presidential debate sketch. His stand-up work includes appearances on Late Night with Jimmy Fallon and various Just for Laughs festivals.

He’s written for The Huffington Post, Radar, The New York Times Magazine, and The Staten Island Advance. His writing credits also include the screenplay for Staten Island Summer, which he also made an appearance in. Additionally, he had a small role in the 2016 film, How to Be Single.

Jost was nominated for nine Emmys and won a Peabody Award, as well as four Writers Guild awards for his exceptional work on Saturday Night Live.

Before his romance with actress Scarlett Johansson blossomed, Jost dated Rashida Jones for three years. Their relationship began in 2013 after meeting at Seth Meyers’ wedding.

Rumors of Colin Jost and Scarlett Johansson dating started earlier this year, when they were reportedly spotted kissing after Saturday Night Live‘s season finale in May. On November 30, it was revealed that the couple went public with their speculated romance.

A source revealed, “They’re very much in love. It’s serious. They’re both very respectful of each other’s careers and very supportive. They’re super cute together.” Another source close to them also gushed, “Scarlett likes to be in love and has not changed a bit in that area, Colin is good for her because she likes smart men, especially writer types. She is a very bright girl and always searching for that perfect match.”

At this time, neither Jost nor Johansson have confirmed their relationship but it seems to be pretty clear that the cat is out of the bag!