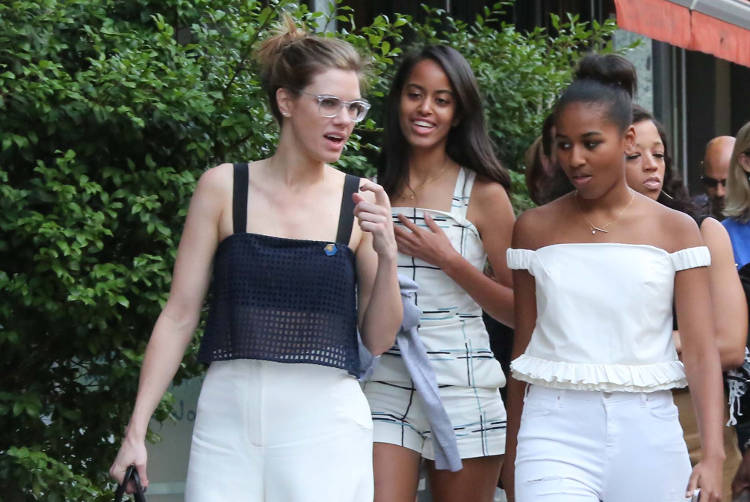 The next best thing to be (after the President of the United States, of course) is to be his daughters. If you don’t know already, that is exactly who Malia Obama and Sasha Obama are; President Barack Obama’s beloved daughters. Actually, Sasha’s real name is Natasha but everyone calls her Sasha. Malia’s real name is Malia Ann but everyone calls her Malia. There’s no escaping attention if you are the daughters of arguably the most well-known/powerful person in the world, and ever since President Obama took office in 2008, his two daughters have been under a spotlight of their own.

Malia was born on July 4, 1998 while Sasha came into this world on June 10, 2001, just a few months before the world was turned upside down on September 11, 2001. Both the girls were delivered by Anita Blanchard at the University of Chicago Medical Center. Blanchard is also a personal friend of the Obama family. Obama wanted his children to be active, committed and passionate, so he and wife Michelle designed a busy schedule for their two daughters. Malia has been involved with soccer, dance and drama while Sasha is busy with gymnastics and tap dancing. They both have been learning piano and tennis, as well. Obama has deliberately tried to keep his daughters away from the media so that they have a normal upbringing. However in 2008, the Obama family gave an interview to Access Hollywood, an act that Obama later regretted. 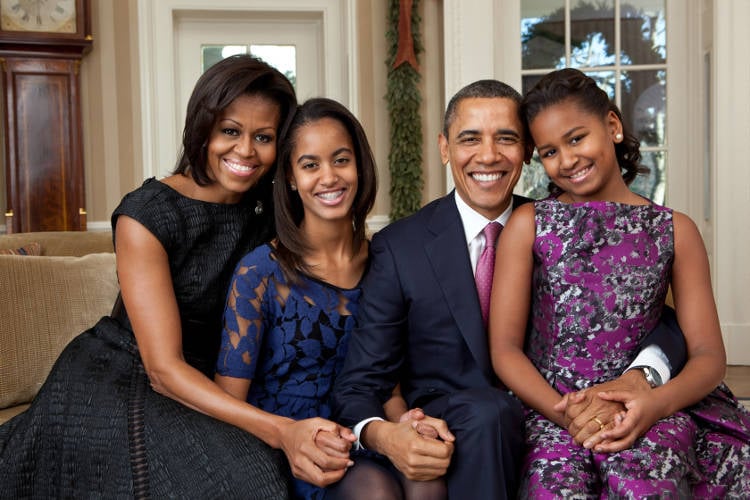 Malia and Sasha attend the Sidwell Friends School in Washington, D.C. It is a private school which has enrolled other famous students like Chelsea Clinton, Archibald Roosevelt, Tricia Nixon Cox and the grandchildren of Joe Biden, as well. Before the Obama family shifted to Washington D.C., they used to live in Chicago. There, the two girls attended the University of Chicago Laboratory School. Moving away from their school and their friends was tough on the two girls but they have adjusted to the new environment. After winning the election, President Obama spoke about his vision for his daughters and for every child in America. He believes there should be no limits on their dreams and achievements.

Before winning the election Obama had promised his daughters that he would get a puppy for them. He kept good on his promise and shortly after moving into the White House and the two girls got their puppy. They got a Portuguese Water dog, whom they named Bo. Bo is jokingly called the First Dog by everyone at the White House. Another dog of the same breed found its way inside the White House in 2013. This puppy was named Sunny. As Malia nears college, she has been busy doing internships at TV studios in New York and Los Angeles. It has been announced that after Malia finishes high school in 2016, she will take a year off. Then she will join Harvard University in 2017. For now, Sasha will continue her schooling as there is still time before she heads off to college.

Giving Is A Good Thing

It hasn’t been just fun and games for the two girls. They’ve both had a hand in philanthropic work, as well. They went to Liberia to promote the Let Girls Learn Peace initiative. They also went to Morocco to raise money for girls education. It’s really tough to meet your parents’ expectations, especially when one of them is the President of the United States! However Malia and Sasha have done exactly that with great poise and elan. It’s not enough to be born in the USA. One has to earn it too!