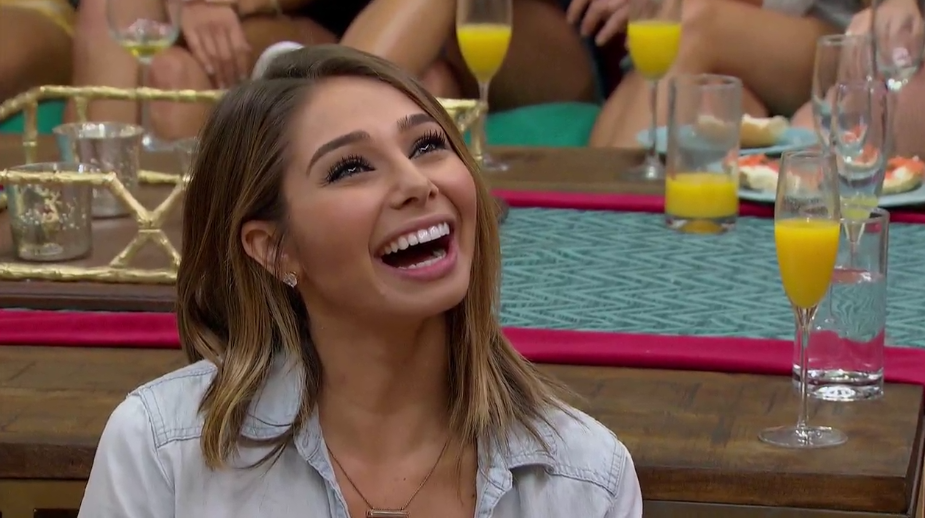 Sarah Vendal was among the few brave contestants to joke about Nick Viall’s runner-up status on The Bachelor. Instead of wearing a red dress like most women, or a shark costume (or was it a dolphin?), Sarah showed up with running shoes and a glowing pink, two-piece dress. What does Sarah Vendal do for a living? Here’s what you need to know!

According to her ABC profile­, Sarah from The Bachelor’s job is a Grade School Teacher. From Newport Beach, CA she is only 5’5” and is 26 years old. She considers joining the Bachelor cast the most outrageous thing she’s ever done, aside from moving to New York City with three dollars and two bags. She loves white roses, and if she could be any fictional character, she would be Meredith Grey, Olivia Pope, or Carrie Bradshaw (I guess we already know what her favorite TV shows are!) The most romantic present she ever received was a star named after her, “like in A Walk to Remember because I hadn’t told him I liked that, he came up with it.” It sounds like Nick will have to find a way to top that romantic gift… and we’re confident Sarah is hoping it comes in the form of a ring!

Also Read: Sarah Vendal Wiki: Everything You Need to Know about “The Bachelor” Contestant

She is a Grade 2 Teacher

Sarah on The Bachelor’s LinkedIn account lists her as a teacher for Grade 2 students at Newport Mesa Unified School District. Her profile also reveals that she worked as a Talent Acquisition Specialist and a Technical Recruiter. She received an Employee of the Month award at Michael Page International, and a Panhellenic President of the Year Award from the CSULB Panhellenic Council.

Sarah Vendal’s net worth and Sarah Vendal’s salary are not known as of yet, but that information may be revealed as the contestant gains more popularity from her time on the reality television match-making series. It’s likely she could end up a reality star, or a model like many of the past contestants have done.

Running into 2017 like…. #vacationbound! Side note, I don’t think I’ve ever been this excited to run. Wait. I don’t think anyyyone has. The Bachelor I tell ya…makes you do crazy things! See for yourself #January2! #thebachelor #bachelornation #willrunforroses

If you’re rooting for Sarah, be sure to watch The Bachelor on Mondays at 8:00 p.m. EST on ABC.