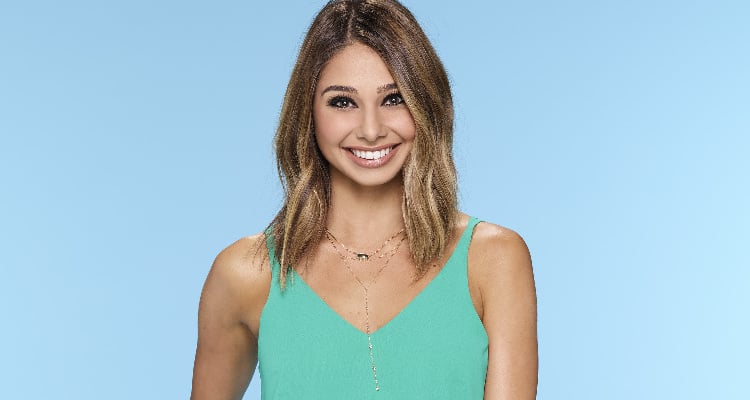 There were 30 beautiful women competing in The Bachelor season 21 to win Nick Viall’s heart. One of them is a young teacher, Sarah Vendal. Find out more about her right here.

After two failed journeys of love on reality TV and a Mexican holiday, Nick Viall is back on The Bachelor franchise to end his second place run. This time, 30 women will compete for the 36-year-old’s heart. Among them is a young lady named Sarah Vendal who was among the few contestants to joke about Viall’s runner-up status. Find out more about The Bachelor contestant here in Sarah Vendal’s wiki.

Vendal teaches in a grade school in Newport Beach, California where she lives. Before moving to California, Vendal had lived in New York City “with three bucks, two bags, and one me” according to her profile on ABC’s Bachelor web site. She cites her move to New York City as one of the most outrageous things she has ever done. That, and taking part in The Bachelor.

Vendal’s net worth is not known as of yet, but avenues tend to open up once you’ve broke into the reality world so it might rise as the show progresses. She could very well make a career as a reality star, or model like past participants of the show have done. So far we don’t know too much about her family, but that might change soon. We’re hoping to know more about her parents and siblings as the show progresses.

When someone who has broken into the reality world loves a good weekly drama, it can set off some alarms. But we’re not talking about reality TV-style drama. Vendal has a taste for some of the most popular shows on TV, namely, Grey’s Anatomy, Scandal, and Sex and The City.

For her bio, Sarah Vendal was asked which fictional characters she would love to be. Not surprisingly, her answers were, “Meredith Grey, Olivia Pope, or Carrie Bradshaw, the ultimate girls!” When asked which animal she would love to be, she said a puppy and, quoting Nicholas Sparks’ The Notebook, “Or, if you’re a bird, I’m a bird right?”

She Arrived at the Bachelor Mansion in a Unique Outfit

When it comes to unique outfits for limo arrivals, no one holds a candle to Alexis Waters —the dolphin lover who did not know she was wearing a shark costume. Still, on a night where most girls chose to put on their best red evening wear, how is a grade school teacher supposed to stand out? By wearing pink, of course.

Frankly, Vendal’s pink gown isn’t a standout piece. While other ladies wore stilettos with their red dresses, the 5’5″ beauty ran up to the mansion wearing a pair of sneakers under her gown. And no, she didn’t arrive in a limo. Nevertheless, a lot of viewers loved the refreshing combination of sneakers and evening wear. Vendal is also not one for red roses. She prefers her roses to be white.

Running into 2017 like…. #vacationbound! Side note, I don't think I've ever been this excited to run. Wait. I don't think anyyyone has. The Bachelor I tell ya…makes you do crazy things! See for yourself #January2! #thebachelor #bachelornation #willrunforroses

The Girl with the “Runner-up” Joke

Nick Viall is a patient man to take all the “runner-up” and “second-place” jokes. Especially when quite a few of the girls used Viall’s past failures on The Bachelorette as opening lines. Josephine Tutman told him he’s a “wiener” in her book, and pulled out an uncooked hot dog out of a hollowed out book. Sarah Vendal also could not help but give a little dig at Viall.

Running up to the mansion in her sneakers and holding the skirt of her pink gown high, Vendal claimed to be another “runner-up.” Looks like Tutman’s got some punny competition! Viall liked the joke too, saying, “As far as ‘runner-up’ jokes, that was pretty good.” A lot of the show’s fans took to social media to express the growing amount of cheap jokes. Though, Vendal did say her way to approaching a man is by finding something witty to say.

On a side note, many are like that Vendal isn’t shy about eating on camera. It’s rare to see a contestant The Bachelor shout “Oh, my God, there’s food!” and actually eat!

An Ex-Boyfriend Named a Star after Her

In her ABC profile, Sarah Vendal mentioned that most romantic present she ever received was a star that was named after her, “just like in A Walk to Remember because I hadn’t told him I liked that, he came up with it.” How will Viall top that? We can only wait and see.

Viall and Vendal may also have a casino date in the works. Vendal likes to gamble, but only when she’s winning. The smart girl knows when to walk away! She calls this tactic of hers “hit and run.”

Sarah Vendal is one of the 22 ladies still in the running on The Bachelor season 21. Watch the show Monday nights, at 8:00 p.m. EST on ABC.

I miiight have told the @bachelorcasting crew I was bilingual…