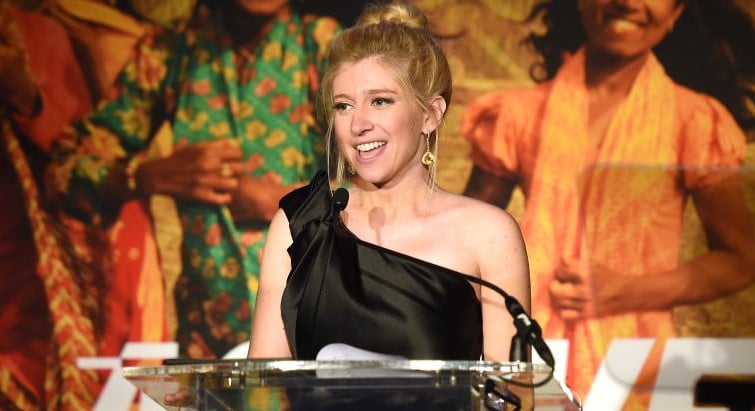 Is Sara Eisen pregnant? There’s a rumor going around about the broadcast reporter and many are wondering if it’s true. For more information on CNBC’s Sara Eisen and her love life, here’s a look at our Sara Eisen wiki.

Sara Aliza Eisen, 32, was born in 1985 to Dr. Jane and Dr. Drore Eisen, in Cincinnati, Ohio. Her mother is a retired pediatric dentist and her father is a dermatologist back in Cincinnati. He’s also a medical director and founder of a laboratory, CDx Diagnostics, which focuses on detecting and preventing cancer and is based in Suffern, New York. Sara Eisen graduated from New York University and received her Master’s degree in broadcast journalism from North Western University.

In 2013, she became a co-anchor of CNBC’s Squawk on the Street, where she talks about the stock market and financial stories. The show airs weekdays from 9:00 a.m. to 11:00 a.m. EST, from Post 9 at the New York Stock Exchange. And according to Business Insider, she has multiple alarms to wake her up and can’t live without multiple coffees throughout the day!

Matthew Stone Levine, 36, is Sara’s husband and they met in 2011 while they were working at Bloomberg Television. Matthew works as a managing editor of Bloomberg Television and he’s in charge of delegating the network’s editorial content. His parents are Laura and Ezra and he was raised in Washington. His mother worked as an attorney and was a board member of House of Ruth, which gives shelter to homeless families and women. His father is also a retired attorney of the Washington office of San Francisco law firm, Morrison & Foerster. Matthew graduated cum laude from the University of Pennsylvania and earned his Master’s degree in international relations from the University of Sussex, in England.

Sara and Matthew were married on May 29, 2016 at event space, Weylin B. Seymour’s, in Brooklyn. The Jewish wedding was officiated by Rabbi Gavriel Bellino and the bride wore a red and white wedding dress, designed by Vivienne Westwood.

Another one for #tbt with @pgjackson cameo

If you’re looking for Sara Eisen’s pics, then her Instagram is the place to go! She has over 300 posts and over 5,000 followers, but one thing you don’t see is a picture of Sara Eisen pregnant! So, why all the rumors? While it’s possible she just may not be showing yet, it’s more likely that she’s not pregnant at all yet, unlike the rumors. Normally expectant mothers—especially those in the public eye—will post something on Instagram or Twitter to announce the big news. While she announced her bridal shower and wedding, she has yet to share the big news of being a new parent —not to mention she’s been hella busy with her career! Looks like we will have to just wait and see!