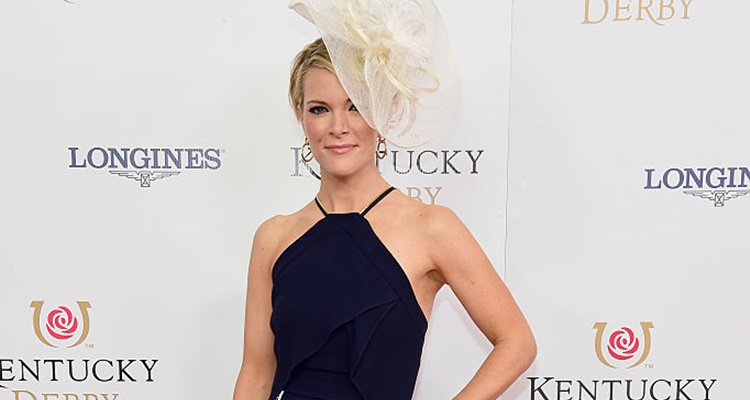 Fox News host, Megyn Kelly, was accused by Newt Gingrich for being “fascinated with sex.” If you are wondering who Megyn Kelly is, and want information about her net worth, Megyn Kelly’s husband, and Megyn Kelly’s kids, read more to find out!

With the presidential election almost here, tensions are rising, and many are talking about who they think should become the next president of the United States. Tuesday night (October 25), Megyn Kelly and Newt Gingrich got into a heated argument when Kelly brought up the groping allegations against Trump. Find out more about the Fox News host with Megyn Kelly’s wiki.

1) Kelly Is Half Italian and Half Irish

She was born Megyn Marie Kelly on November 18, 1970 in Syracuse, New York, to parents Edward and Linda Kelly. Her father was a professor at the State University of New York at Albany and her mother is a homemaker. Her mother is of Italian descent whereas her father was of Irish. Kelly’s father passed away when she was 15 years-old.

When she was nine, Kelly’s family moved to Albany, New York. After graduating high school, she went for her undergraduate degree in Political Science from Syracuse University. In 1995, she obtained a J.D. from Albany Law School.

On September 29, 2001, Kelly married Daniel Kendall, an anesthesiologist. However, the two parted ways and got divorced in 2006. On March 1, 2008, Kelly married Douglas Brunt, the president and CEO of security technology company, Authentium. Her husband later on became a full-time writer and a novelist. The couple have three children together.

Aside from being an American journalist, political commentator, and a former corporate defense attorney, Kelly is also a writer. In February 2016, she signed a deal with HarperCollins to write a book called Settle for More. According to sources, the book deal is worth more than $10.0 million.

3) Kelly Has Received Several Awards and Recognition for Her Work

In 2009, Kelly received an award from Childhelp for the work she did during her coverage of child abuse as an anchor. Additionally, she was also a part of Time Magazine’s 2014 list of the 100 most influential people. Kelly appeared on the cover of the February 2016 issue of Vanity Fair.

Before she started working with Fox News, Kelly was an associate in the Chicago office of law firm Bickel & Brewer LLP. There, she co-wrote an article for the American Bar Association’s journal, Litigation, called “The Conflicting Roles of Lawyer as Director.” After that, she joined Jones Day for nine years, where one of her clients was the credit bureau, Experian. Currently, Kelly hosts The Kelly File. Prior to this, she used to host America Live.

Kelly’s net worth is estimated to be $15.0 million, and her annual salary is calculated to be somewhere around $6.0 million.

Her successful law career and hard work has added to her net worth, and sources claim her net worth will increase with the release of her new book.