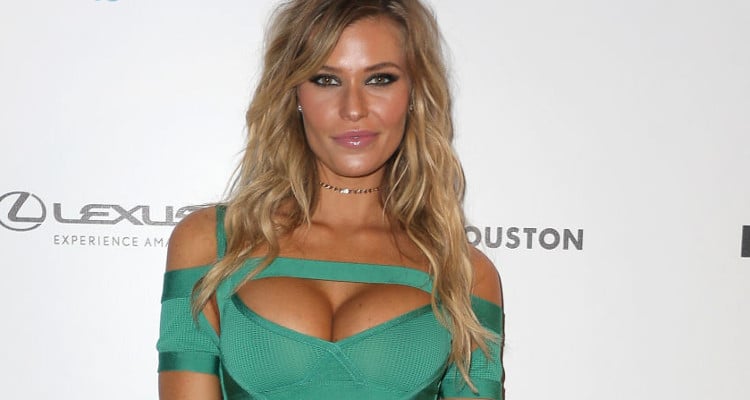 Samantha Hoops is a well-known model, who rose to fame with Carl’s Jr. and Hardees’ Most American Thickburger commercials. Recently, Fox news interviewed Hoopes on her sex symbol status and life as a model. She says that she has no qualms about being tagged as a “sexy” model, and finds it amusing. Meanwhile, we put together a few of Samantha Hoopes’ hot pics in honor of her successful career.

Born on February 10, 1991, Samantha Hoopes grew up in Doylestown, Pennsylvania. The hazel eyed model is a beauty with brains. Hoopes attended Penn State University and majored in business. Before going to Penn State, she studied modeling and acting at Barbizon Performing Arts Academy.

Standing tall at 5’8″, Hoopes is currently signed with Elite LA and Select Model Management London. She is a fashion model for Guess and has also posed for Levi’s jeans.

Samantha Hoopes is a successful swimsuit model. The 26-year-old bombshell became a media sensation in 2014 when she graced Sports Illustrated’s 50th Anniversary Swimsuit Issue. Samantha Hoopes also posed for the June 2014 issue of Maxim. She was ranked 18th in Maxim’s 100 Hottest in 2014. Take a look at some hot Samantha Hoopes bikini pics!

Ugh it's only Wednesday ?

#2. She looks totally gorgeous in Guess.

#5. Pink is definitely her color!