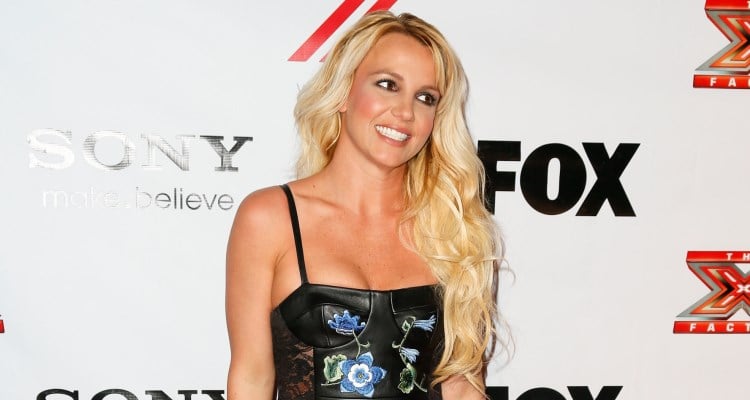 It’s Britney bitch! The “Princess of Pop” is almost done her Las Vegas residency, and she has a few things in the works. As everyone knows, when it comes to Britney Spears, fitness is all part of the job. The Britney Spears “splits” Instagram post has impressed her fans and now everyone is looking for more. If you want more of Britney Spears’ hot pics, then you came to the right place!

With talks of a Broadway musical, Britney Spears is going to need to stay in shape for all those dance numbers. According to Forbes, her manager, Larry Rudolph met with theatre veteran, Jerry Mitchell to discuss turning her songs into a musical production. Mitchell directed Emilio and Gloria Estefan with On Your Feet! and brought their story to life on stage. According to Mitchell, the theatre production won’t be like the Estefans’ and it won’t be autobiographical, but will follow a narrative like Mama Mia! (We can already see tickets selling out!)

Recently, Britney was in attendance at the Radio Disney Awards, where she received a tribute from a few stars, including her not-so-little sister, Jamie Lynn! Britney was shocked and jumped out of her seat when she saw her baby sister singing, “Till the World Ends.” When her sister took the stage, we swear we thought we were seeing a Britney Spears clone, circa 2000!

Britney’s Back in Black

Such a great shoot with @david_roemer

She’s Got Abs for Days

We can’t say 35 is old, but how many that age can say they have abs like Britney? With two kids and a jam-packed schedule, we have to wonder how she finds the time!

Make Sure You Get My Good Side

Britney Spears’ Instagram isn’t holding back on all the fit pics of the hit singer, and she seems to be having a lot of fun! She’s also showing off how flexible she is—who knew?!

Oops, She Did it Again!

Is it possible for Britney Spears’ bikini shots to look less than amazing? Have a look for yourself! She’s also been spending a lot of time in the sun with her boyfriend, so it’s no wonder she looks like a bronzed goddess!

You can never go wrong in a little black dress and Britney looks great in this picture at the Video Music Awards. This seems to be the aftermath of all those Britney Spears gym photos! 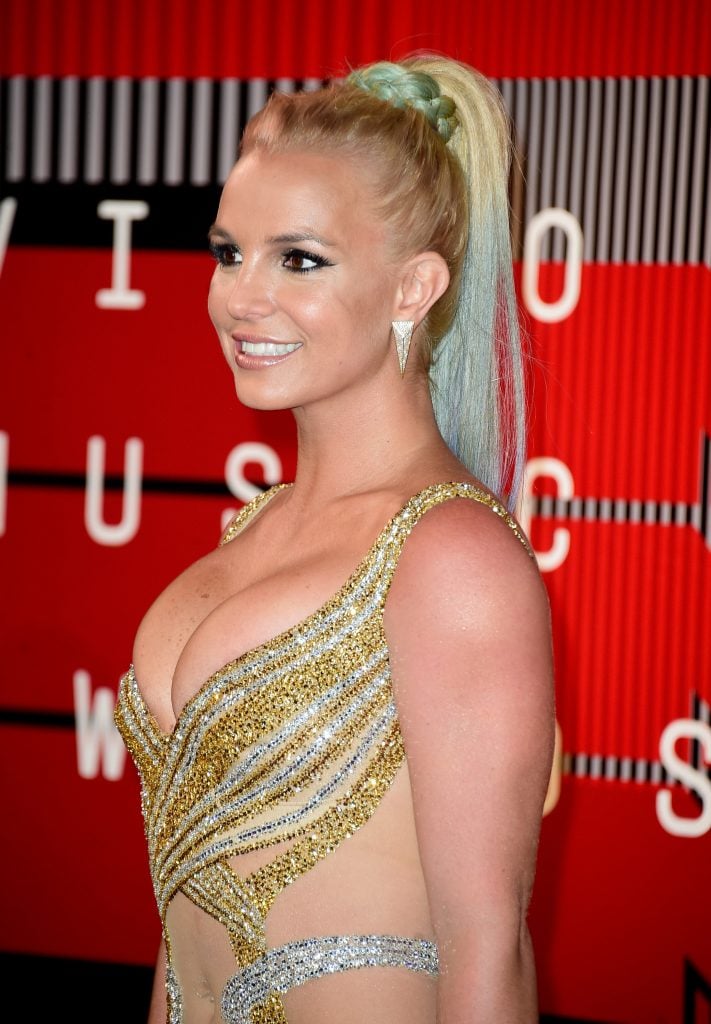 Spears is rocking another flawless ponytail while wearing a golden outfit. Is it just us or are her abs always showing?!

Watch: Did Kristaps Porzingis Score with an Instababe? See These 10 Sizzling Hot Pics of Abigail Ratchford 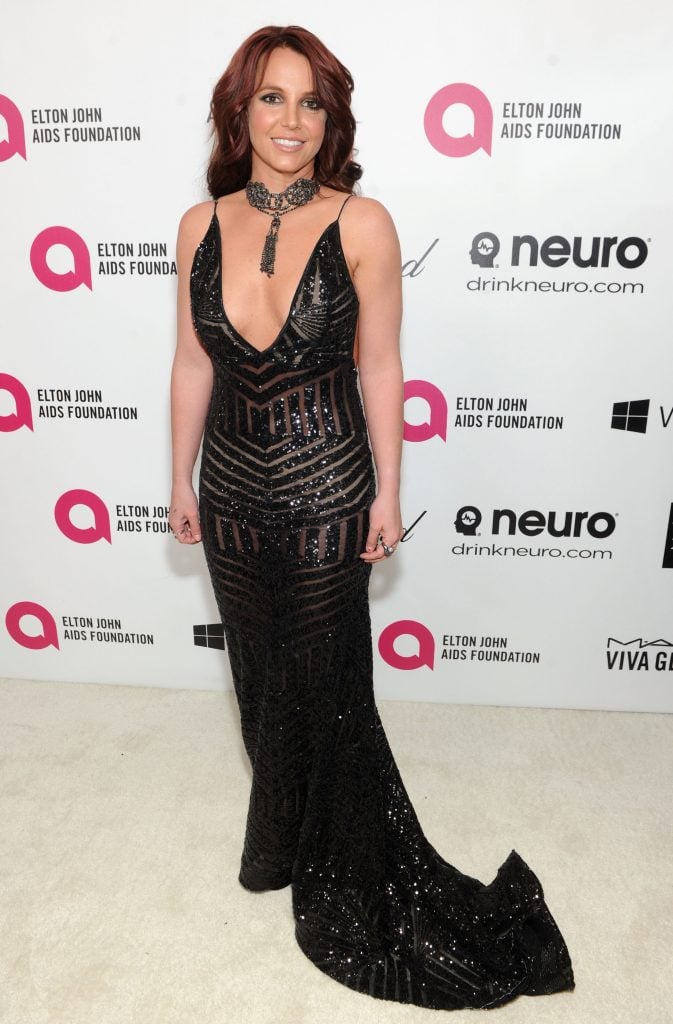 Spears looks stunning in this black bejeweled gown with a plunging neckline and brown locks.

Smile for the Camera! 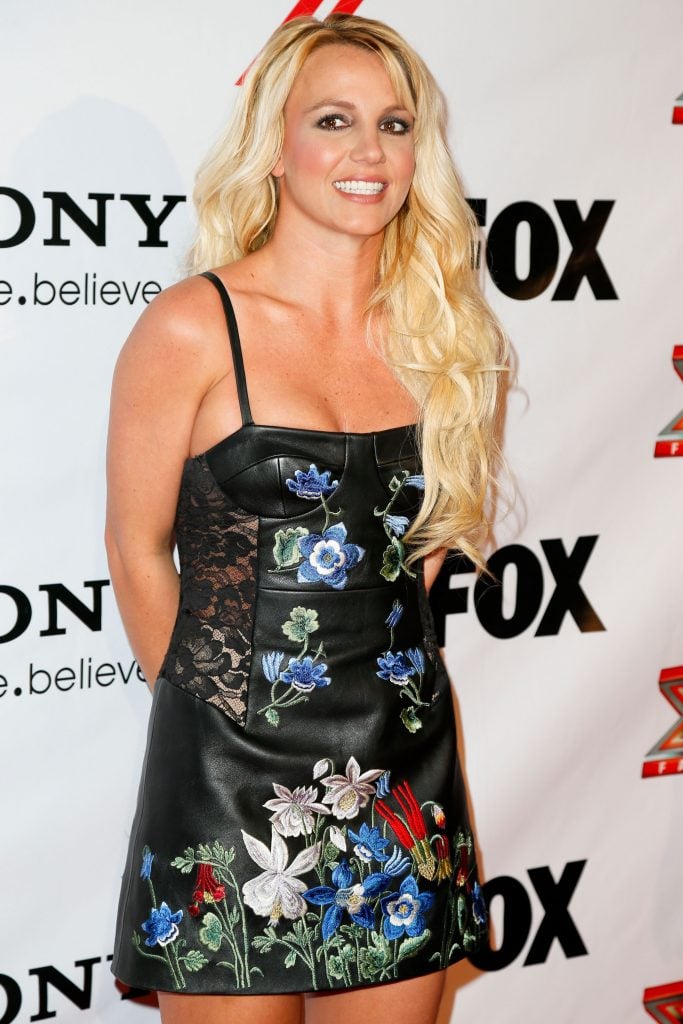 Spears shows off her leather dress with a floral pattern, proving that she can do no wrong!

Training keeps me motivated and inspired… but I'd rather be dancing ?? 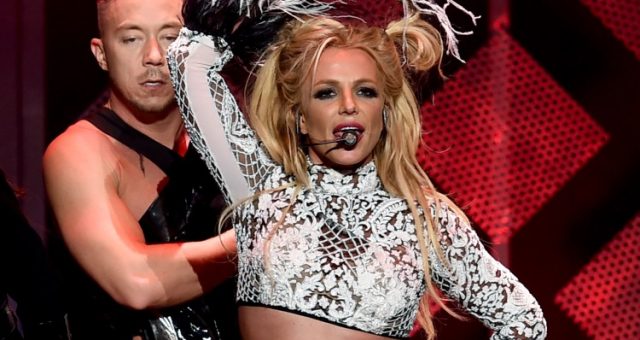