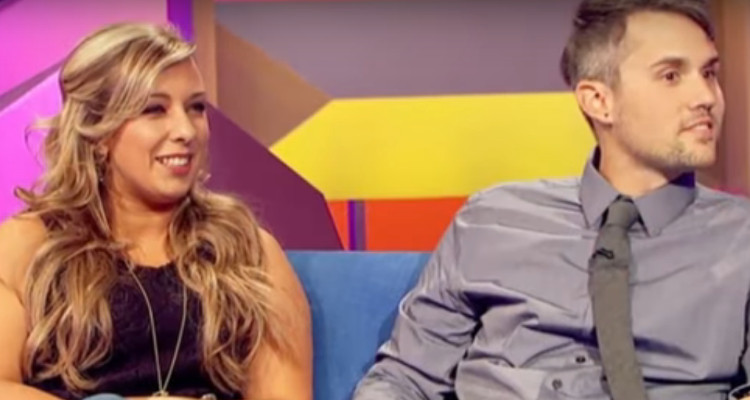 With Monday came all new Teen Mom: OG drama. Ryan Edwards is back from rehab and ready to get his newly-married life started. But not before slamming his ex first! We’ve got the scoop, right here!

Ryan Edwards and Mackenzie Standifer took on Edwards’ ex, Maci Bookout, soon after he finished his rehab stint. Bookout is going out of her way to ensure her son’s father doesn’t fall back into his old ways. But he sees it as an attention-seeking ploy. Even Ryan Edwards’ wife is not liking Bookout’s actions and called her out on it on social media. What a way to spend their honeymoon period! Here’s more about the new entrant in Teen Mom: OG, right here in our Mackenzie Standifer wiki.

#1. She Has a Troubled Relationship History

Mackenzie was five months pregnant when she married her then-boyfriend, Zachary Stephens. They filed for divorce in July 2016, after being married for three years. The couple has a son named Hudson, who’s around three years old now.

According to court documents, Stephens was guilty of “inappropriate marital conduct,” which made living together unsafe. Citing irreconcilable differences, their divorce was finalized in November and she got custody of their son. She also gets paid monthly child support and retained ownership of their Ford Mustang.

#2. Maci Approves of Her

Bookout and Edwards don’t see eye-to-eye very often. But when it comes to Standifer as their son’s potential stepmother, she heaps praises. In a deleted scene on Teen Mom that later surfaced, Bookout had a heart-to-heart with her ex’s fiancé.

“I am so happy that when [Bentley] is with you, you can be his mother and treat him like your own child,” said Bookout. “I just want to let you know, I really, really appreciate you. All I ever wanted was for Ryan to find someone that makes him happy and a woman that will treat my son, as their own child because I am not there. So, we are both his mother.”

When Edwards proposed to Standifer on a boat and she said yes, Maci was one of the first people they told about their engagement. In the latest episode, Bookout even told her husband, Taylor McKinney, that she worries Edwards might use drugs again if Standifer ever left him.

They were planning a November wedding when Edwards was preparing to seek treatment. Two weeks after he checked into a rehab facility, it surfaced that he and Mackenzie Standifer got married in May. Their wedding was in Hamilton County, Tennessee, after which Ryan Edwards checked into rehab.

#4. She Threw Shade at Bookout

Though they looked like the best of pals, things currently don’t seem too chummy between Standifer and Bookout. Maci Bookout has time and again spoke about Edwards’ substance abuse on Teen Mom, which prompted him to seek treatment. She even considered threatening him by limiting his time with their son, Bentley. While to some it looks like she’s concerned about her ex, Edwards and Standifer don’t think so.

He returned to social media after his rehab stint by posting a photo with his new wife on a boat, right after they attended a music festival together. He also posted a meme that read, “I have a dream that one day my psycho baby’s mama will shut the f**k up.” It’s clear who that’s directed to.

Standifer indirectly slammed Bookout the same day with her own tweet which read, “You can only act like a piece of s**t for so long before it all comes out in the wash. #NarcissistAwarenessMonth.” Soon after she posted that, Mackenzie made her Instagram and Twitter accounts private.

Not everyone enjoys reality TV fame. Mackenzie Standifer has more than once made her displeasure about the Teen Mom franchise clear on Twitter. She once slammed MTV for showing Edwards in poor light as a father with their editing. She also once responded to a fan’s question by saying she regrets joining Teen Mom: OG.

Don’t miss the drama on Teen Mom: OG when it airs on Mondays at 9 p.m. EST on MTV.