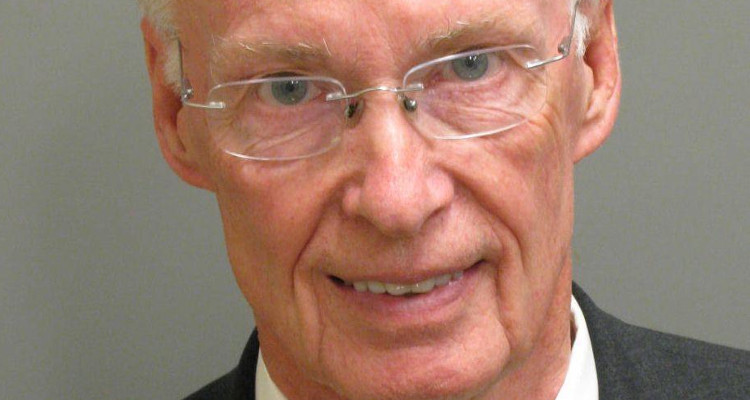 Alabama Governor Robert Bentley retired from his position on Monday following a reported scandalous relationship with his aide. Who is the “Luv Guv” Robert Bentley’s alleged mistress? We have details her, right here in our Rebekah Mason wiki.

Since his wife, Dianne Bentley, filed for divorce, former Alabama Governor Robert Bentley denied he had done anything worth losing his job over. However, evidence of an affair with his former aide and using public resources to cover it up prompted Bentley to resign rather than face impeachment. Who is Robert Bentley’s alleged mistress? The woman, Rebekah Mason, is one of the top government advisers in Alabama. Here’s everything to know about her, including the role she played in the Bentley administration, in Rebekah Mason’s wiki.

#1. Who is Rebekah Caldwell Mason?

Mason grew up in Haleyville, Alabama and was a majorette in her high school. She attended Northwest Community College and in 1989 won the Miss Northwest Pageant, before going on to compete for Miss Alabama in 1990. Mason graduated with a degree in broadcast communications from the University of Alabama in 1993.

She began her career in the broadcast field with WAAY Huntsville, WDBB Tuscaloosa, WBRC Fox 6 Birmingham and WVUA Tuscaloosa, and later worked as news director for Tuscaloosa’s WDBB and WVUA.

From there, she went on to become an official spokesperson for Robert Bentley, and was pretty good at her job. In 2011, Bentley, a deacon at Tuscaloosa’s First Baptist Church, made some heated statements that alienated Alabama natives of different faiths. When he was facing the criticism, his new communications director, Rebekah Mason, was tasked with damage control.

She said, “He is the governor of all the people, Christians, non-Christians alike.” After that, she went from communications director to Bentley’s senior political adviser and was called the “voice of Governor Bentley.”

#2. Her Husband is Close to Bentley

Rebekah Caldwell married fellow broadcast journalist, Jon Mason in 1996. Together, they opened a local ad agency in Bentley’s stronghold of Tuscaloosa. They provided marketing services to the University of Alabama, City of Tuscaloosa, and Shelton State Community College. During this time, the Masons met the Bentleys to attend church, and Jon Mason taught Sunday school with Bentley.

Jon Mason is standing by his wife and Governor Bentley. In a statement, he talked about “my amazing wife of nearly 20 years, a loving and dedicated mom, a sweet compassionate daughter, a gifted 27-year communications professional, and friend.” He also said, “I wanted to share that I long ago resolved the personal issue playing out now for everyone this week. Please continue to support families, the governor, and our state with prayers as we all move forward.”

#3. Questionable Influence in the Government

Rebekah Mason joined Robert Bentley’s 2010 election campaign, and when he won, she had secured herself a position in his administration. Meanwhile, Jon Mason joined Bentley’s Office of Faith-Based and Community Initiatives as the executive director, though he has no experience working in government. Those who have worked with her have claimed that “you can’t get to the governor unless she clears it.”

When the sexual allegations came to light, questions of Rebekah and Jon Mason’s high-power positions in the government were raised. According to reports, Rebekah’s source of income is not transparent. Some sources reveal she was either paid as a state employee or as a contractor. In less than three years working for the Governor’s office, Rebekah Mason earned $161,640, with $66,000 coming in 2012. According to the Alabama Department of Finance, Jon Mason earned $91,000 in 2014.

In 2013, Rebekah Mason started a company called RCM Communications, a company providing consulting and advisory services. In the 2014 gubernatorial elections, RCM’s financial history showed Bentley’s re-election campaign paid more than $400,000 in polling and consulting work. As per the state’s Fair Campaign Practices Act, candidates must report all expenditures, including who the money was paid to and the purpose. RCM’s payments are listed as consulting and polling or advertising purposes, all of which falls within the parameters of what campaign money can be used for. Rebekah Mason’s net worth is not known, but you can guess it can’t be small.

#4. She was Responsible for Bentley’s Clean Image

Mason was said to be so influential, that she controlled every public address by Bentley during his tenure. She was named one of the 50 most influential people in Alabama, but couldn’t maintain the Governor’s scandal-free image for long.

In 2015, Dianne Bentley, the Governor’s wife of 50 years, filed for divorce. That gave way to speculation there was fire behind the smoke. Then came the day he fired Alabama Law Enforcement Agency chief, Spencer Collier. That same day, Collier told the media the Governor was involved with a key staffer. Inside the governor’s office, officials seemed to be aware of an ongoing affair and scandalous text messages exchanged between the Governor and his aide. But Bentley and Mason continue to deny the allegations.

Reports claim that Dianne Bentley found out about the affair because Robert foolishly used the state-provided phone and he mistakenly sent her a text meant for Rebekah Mason. During this chaos, Mason resigned from Bentley’s administration. As more evidence of an affair mounted, even Bentley’s own party dropped him. While impeachment proceedings began, Bentley resigned from his office on Monday, April 10, 2017. He pleaded guilty to two accounts of misdemeanors related to the alleged affair.