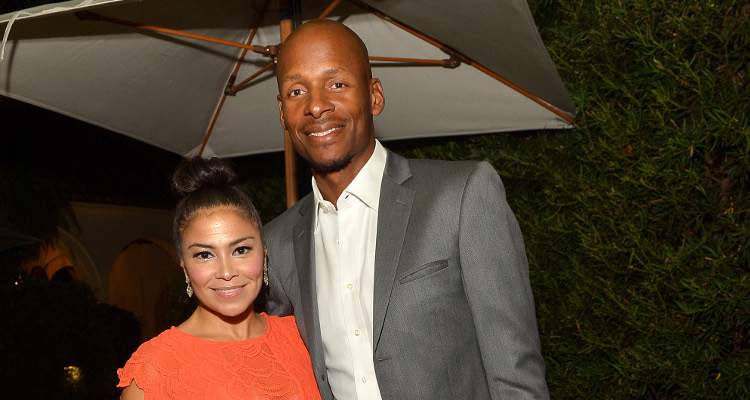 In case you haven’t noticed, former NBA star Ray Allen’s wife, Shannon Walker Williams is a stunner! Chasing success from a young age, she’s made an album with the girl group Shades, she’s tested out her acting skills, and she’s even become an entrepreneur! She loves kids and opened a healthy fast food restaurant in Florida with ambitious plans to make it a real money-spinner. She is always bursting with ideas about how to create value in the world. We’ve got all you need to know about her, right here!

Anybody who has seen Shannon Walker Williams’ pics cannot help but notice how beautiful she is. And the lucky man on her arm is retired NBA superstar, Ray Allen. He was one of the most accurate three-point and free throw shooters in NBA history. A 10-time NBA All-Star, he won two NBA championships in 2008 and 2013 with the Boston Celtics and Miami Heat, respectively. Ray Allen and Shannon Walker Williams got married on August 16, 2008, after dating for four years. People want to know more about Ray Allen’s wife, so we have some details from Shannon Walker Williams’ wiki.

Born on November 15, 1974, Shannon Walker Williams’ age is 43. She studied at Northeastern University and is an actress and singer. She was once a founding member of the all-female R&B group known as Shades, which was signed to Motown Records. The group was formed when Williams and the other three members were in college. They released their self-titled and only album in 1997, which produced hit singles like “Tell Me (I’ll Be Around)” and “Serenade.” Unfortunately, the group could not stay as a single unit for long and split up later that year.

Stints in the Entertainment Industry

Williams was not one to give up her quest for success. After quitting the music business, she tried to make it as an actress. She appeared on TV programs like As the World Turns, Strangers with Candy, Blue’s Clues, and Century City. She also acted in a few films like Girlfight, Bamboozled, and Britney, Baby, One More Time. Despite not being in a band anymore, Williams decided never to stop singing. In an interview with WellesleyWeston Magazine in 2011, she said, “I’ll never stop singing. Most of the time right now, I sing to the kids and along to the radio. I did get to sing ‘At Last,’ an Etta James song, at Symphony Hall, for the Joslin Center.”

Williams formed Life After Basketball with Allen, and made a documentary about an orphanage for blind children in China. She reportedly has one child from a previous relationship, and four children with Allen: Walter Ray III, Walker, Wynn, and Wynstan Ryan. Allen has a daughter, Tierra, with his ex, Rosalind Ramsey.

Williams opened a healthy fast food restaurant in Florida and said about the idea, “In this country, if you want to eat burgers, fries, hot dogs, pizza or fried chicken, you are golden, you can get those things everywhere, without getting out of your car. But if you want wild caught salmon or drug-free natural meats without going to a fine dining restaurant, or have kids with special dietary needs, you are out of luck. It’s no judgment against fast food – I love fast food, I have five kids, I’ve driven around with the car seats, that’s why I’m doing this.”

A Sharp Eye for Business

Happy Happy Birthday to my first Princess Shannon Walker Allen @swalkerwil. May God continue to bless you each and every day. I am so very proud of the woman and mother you are. Compassionate, loving, brilliant, visionary and beautiful. Have an amazing day our Shannie. Mommy loves you very much. @rae_24 @krisy_rae @rayn34 @msjwill @bcoop??⭐️????

There is no information about Shannon Walker Williams’ Instagram account, so finding her pics is a bit difficult. She is a very smart woman and hates having nothing to do. In 2008, she came up with the idea of making a sports-related cooking show called Pre Game Meal, which aired on CSN in Boston. With her sharp brain and business minset, Williams is all set to grow her business and raise the stakes. And with a supportive husband by her side and the support of her healthy kids, Williams is in her element right now.