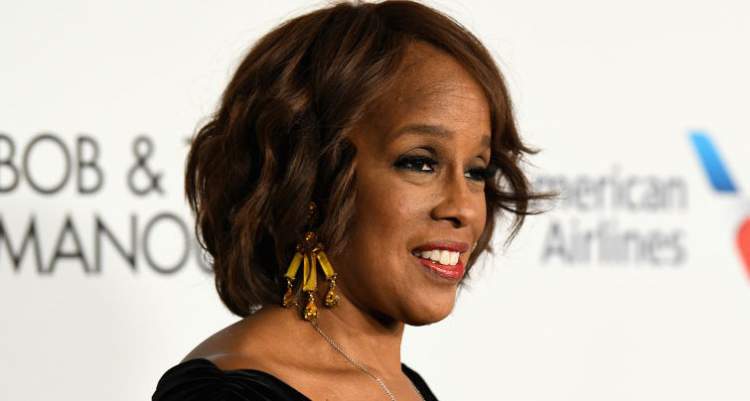 Gayle King is in the news for her pointed words towards fellow CBS employee, Charlie Rose. With that in mind, we thought we would delve into the backstory of Gayle King in this Gail King wiki. What happened with Gayle King on CBS’ This Morning? We’ve got scoop here!

We know she’s friends with Oprah but what else do we know beyond that? What about Gaye King’s net worth? We’ll take a look at that as well as Gayle King on Charlie Rose’s current allegations. Here is everything you need to know about Gayle King.

Gayle King was born in Chevy Chase, Maryland on December 28, 1954. Due to her father’s job, King would spend a few years of her childhood in Turkey. After the family returned from Turkey, King would eventually go to the University of Maryland and gain degrees in psychology and sociology in 1976. But instead of going deeper into the world’s of either of her degrees, King decided to enter the world of television. King’s first major job in television was as a reporter for WDAF-TV in Kansas City, Missouri. In 1981, she moved to Hartford’s WFSB where she would hold a job for 18 years. Gayle King’ CBS This Morning career began in January of 2012.

Gayle King married attorney Bill Bumpus in 1982, who was Gayle King’s husband until their divorce in 1993. The couple had two children, a son, and a daughter.

Gayle King and Oprah Winfrey have been incredibly close friends since they met in 1976 when they both worked at a small television station in Baltimore. Since then, the two have always kept a close relationship which has occasionally intertwined with a business relationship as King serves as editor at large of O Magazine. Due to being seen together so often and being such close friends, there have been rumors for years that King and Oprah are a couple, a rumor that they’ve completely denied.

Recently, well known and highly regarded interviewer and news person, Charlie Rose was accused of sexual assault by 8 women. Rose had been working as a host on CBS This Morning since 2011, alongside King and Erica Hill. Hill left the show in 2012 and was replaced by current co-host Norah O’Donnell.

The allegations against Rose have currently resulted in his suspension from CBS This Morning and also put Gayle King and Norah O’Donnell in a hard position. While it was a news story, Rose had been their co-worker for the last 5 years. Many thought that the hosts would gloss over or completely ignore the story on a whole. So, what did Gayle King say about Charlie Rose? To both King and O’Donnell’s credit, they both made it very clear that while it wasn’t the Charlie Rose that they knew and worked with, they weren’t going to let the accusations slide.

King said: “I think that we have to make this matter to women, the women that have spoken up, the women who have not spoken up because they are afraid, I’m hoping that now they will take the step to speak up too and that this becomes a moment of truth. I’ve enjoyed a friendship and a partnership with Charlie for the last 5 years. I’ve held him in such high regard.”

King would continue by saying “What do you say when someone that you deeply care about has done something that is so horrible? How do you wrap your brain around that? I’m really grappling with that. That said, Charlie does not get a pass here,” King said. “He does not get a pass from anyone in this room. We are all deeply affected, we are all rocked by this.”