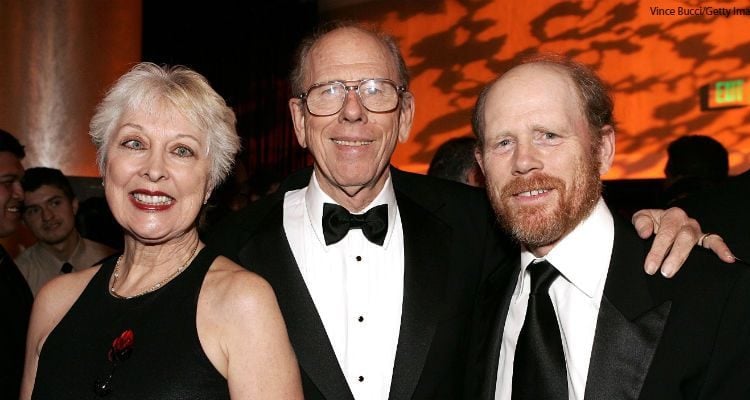 Rance Howard acted in films and TV for more than six decades and has left behind a legacy after passing away in Los Angeles on Saturday, November 25, 2017, at the age of 89. His son, director Ron Howard, announced his death via Twitter and Hollywood is feeling the loss. Know more about him, right here in our Rance Howard wiki.

“Clint & I have been blessed to be Rance Howard’s sons. Today he passed at 89. He stood especially tall 4 his ability to balance ambition w/great personal integrity. A depression-era farm boy, his passion for acting changed the course of our family history. We love & miss U Dad,” wrote Ron Howard.

Rance Howard’s cause of death is not known at this time as everyone is still waiting for more details on what happened.

Howard was an American actor who starred in films and on television. He had a long and fruitful career playing roles in many successful and memorable films. So, keep reading to know everything about the famed actor, including information on Rance Howard’s wife and net worth.

Who Was Rance Howard?

Born on November 17, 1928, in Duncan, Oklahoma to Ethel Tomlin and Engel Beckenholdt, Rance Howard’s age was 89 when he died. Before making a career in Hollywood, Howard studied at the University of Oklahoma.

Howard began his professional career in entertainment at the young age of 20. He went to New York City and managed to get a job at a children’s touring company.

So long to Rance Howard… dad to Ron and podcast guest Clint Howard… the best dad on TV.

In 1950, Howard rose to prominence with his role as Lindstrom in the play, Mister Roberts. He played this role for a year and a half across major cities in the U.S.

The seasoned actor had a steady and meaningful career in film, as well. He starred in Cool Hand Luke, Chinatown, The Lonely Guy, Splash, Cocoon, Innerspace, Parenthood, Far and Away, Universal Soldier, Ed Wood, The Paper, Apollo 13, Psycho, A Beautiful Mind, The Missing, The Alamo, Frost/Nixon, The Lone Ranger, and Broken Memories.

"It's a touching & meaningful movie and my Dad's best role ever!" – Ron Howard Broken Memories is now playing on VOD! GET IT TODAY! http://apple.co/2hwQVBR

Rance Howard’s movies were always eminently watchable and something over which families could bond together.

The Patriarch of a Hollywood Family

Howard acted in over 100 films and made a big contribution to cinema by associating himself with clean, wholesome entertainment with meaningful themes. And thanks to his long and steady career in films and TV, Rance Howard’s net worth was over $6.0 million at the time of his death, according to sources.

The actor married twice in his life. However, both his wives passed away before him.

Rance Howard’s first wife was actress Jean Speegle. The couple got married in 1949 in Burbank California and were together until her death in September 2000. They had two sons together—actor and director Ron Howard and actor Clint Howard.

I love this photo of me with my parents, Jean and Rance Howard.

Howard later married Judy Howard, but she also died before him.

Rance Howard was also the grandfather of the actresses Bryce Dallas Howard and Paige Howard.

A Man of Warmth and Goodness

Hollywood is mourning the loss of this great actor and a kind man. Many people who worked with him over the years have shared their heartfelt condolences on social media.

Actor Russell Crowe tweeted, “Hey @RealRonHoward my deepest condolences. He was a fine man indeed was Rance Howard. Fine man, fine actor. Being in his company was always a pleasure.”

Everybody who ever worked with Rance Howard had only the nicest things to say about him. Howard was kind, intelligent, and gentle—a man who brought warmth to every film set he walked onto. He will be sorely missed by his family, friends, and fans.

A portrait of my Dad, Rance taken by my brother Clint. Nice shot Clint.