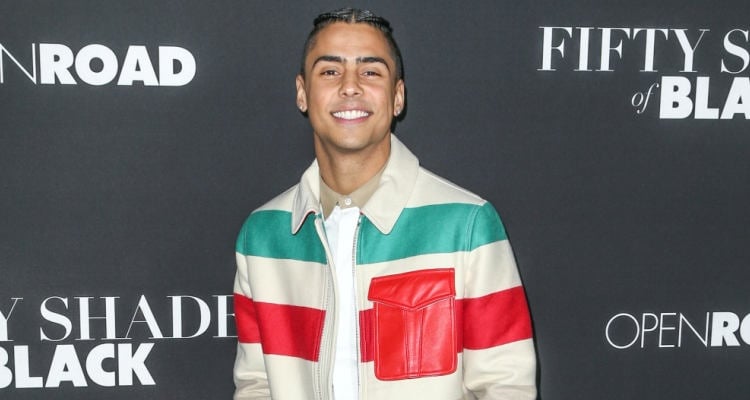 We know you’ve heard of famous rapper and media mogul, P.Diddy, also known as Sean Combs, (the man who changed his name just as often as Prince) but what do you know about his son, actor, model, and rapper Quincy Brown? Who is he dating now? Is it possible that Brown is dating Kourtney Kardashian? We wouldn’t be surprised, but if you want to know more, keep reading, because we are serving as your Quincy Brown wiki.

At the moment, much isn’t known about Brown other than who his parents are, but that might just change quickly now that he’s possibly linked to a Kardashian. But there’s no need to worry, because once we’re done giving you the scoop on Brown, you’ll have a degree in all things Quincy Brown, from who he’s dated to his Instagram account.

Quincy Brown was born on June 4, 1991, in New York City, New York, and is the son of actress and model Kim Porter and R&B singer Al B. Sure (Albert Joseph Brown). He was named after his godfather, music and entertainment legend, Quincy Jones. In 1994, when Brown was three years old, Porter and Combs started a relationship, which eventually led to Brown being adopted and raised by Combs. Brown moved around a lot and was mainly raised in Georgia and Los Angeles. He graduated from Calabasas Highschool in the Los Angeles area, where he now resides.

At first, during his childhood, Brown wanted to be a basketball player, but because he was forced to relocate a lot, wasn’t able to pursue that dream. Instead, he found himself in the family business of acting, singing, and modeling. And judging by his well-connected parents, we can’t imagine it was too hard to start his newfound passion in life. He was even featured on an episode of MTV’s My Super Sweet 16. Brown made his acting debut with a starring role in the 2015 film, Brotherly Love.

In 2015, Brown walked the runway in Naomi Campbell’s Ebola awareness show during New York Fashion Week, and in that same year, he made his directorial debut with the music video for singer and actress Elle Winter’s song, “No Words.” Sounds like Brown is a natural, and why wouldn’t he be?

He also co-founded his own production company, FourXample, and has a watch line called Chalk by Quincy with Embellish. He even has a start-up tech company.

Now, let’s get to the part that you’ve all been waiting for, shall we? According to Daily Mail, the 36-year-old Kardashian and 25-year-old Brown were recently spotted having dinner in Los Angeles. But this isn’t the first time they’ve shared a meal . They were also seen having dinner last December in Los Angeles, around the time everyone thought Kardashian was romantically linked to Justin Bieber. This recent sighting comes on the heels of news surrounding Kardashian’s ex-partner, Scott Disick, who is reportedly dating 20-year-old model Christine Burke, who is 12 years his junior.

So far, there hasn’t been any confirmation from either camps, but we will keep you posted. Do you think Kardashian and Brown would make a good couple? Tell us what you think in the comment section below!