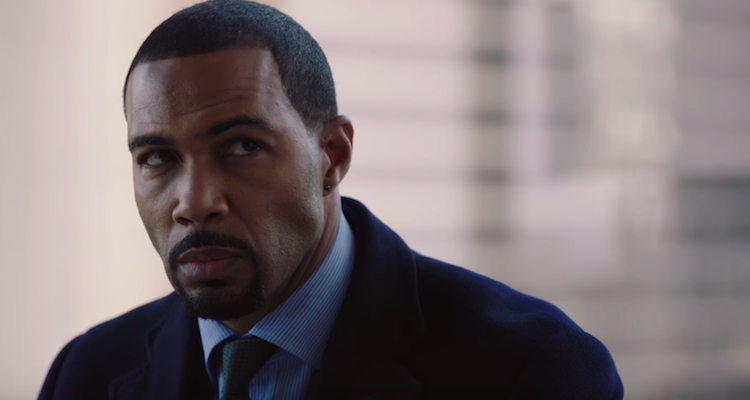 Are you ready for a new episode of Power? We thought so—because a lot happened last week and the drama isn’t slowing down anytime soon. After the last episode, fans of the hit show are ready for a few Power spoilers and we can’t say we blame them! So if you’re looking for Power season 4 episode 8 spoilers, then keep reading to learn more.

This episode is titled “It’s Done” and fans can’t wait to see how things unfold after everything that’s happened so far. You can watch Power online by visiting the Starz network website, when Power airs on Sunday, August 13 at 10:00 p.m. EST.

The plot summary for “It’s Done” reads: “When Ghost sees that the location for the business is gang-infested, he re-teams with Tommy to clean it up. As Tommy threatens war, his organization starts to destabilize. Tariq is unhappy and looks to some old friends.”

Before we get into some Power season 4 spoilers, we need to give a recap of what happened, because we still can’t believe it ourselves! The episode opens with Tommy as he returns from Chicago, but he finds B.G. tied up and is told that Ghost and not-so-dead Kanan robbed them. (Ghost only did it under duress to pay Tariq’s ransom to Kanan’s cousin, Juke Box, whom Kanan shot in an epic plot twist.) Naturally Tommy is angry and when Ghost calls to meet up with him, he explains the whole the whole story with Tariq and how Kanan survived when Ghost tried to burn him alive. Tommy understands and is just happy that Tariq is alright, physically anyway. Tariq is still shady as hell and lies to Tommy when he asks if Dre knew about Kanan being alive. Much later, Tariq tells Dre that the only reason he covered for him is because he wanted the truth about his parents and he didn’t like it.

Tariq is brought home and Ghost gets mad at Tasha for letting Tariq get kidnapped. Ghost tells Tasha she had “one job” and with that, Tasha gets ready for an earring removal moment! Yes, Ghost implied that being a single mother, while your cheating husband is in jail, is an easy 9 to 5 and Tasha let him have it saying: “One job? I was dealing with your lying son, on top of scraping together money for your bail and playing wifey in court while your oblivious ass was sitting around in prison because Proctor didn’t want you stressed out.”

But while they’re fighting, Raina overhears Tasha tell Ghost that she should’ve killed Kanan 10 years ago, like she said. Did we also mention that Silver (Ghost’s lawyer) sleeps with Tasha?

Stern comes in later with a camera crew, ready to do the St. Patrick family interview so the public can see what an upstanding citizen he is after being wrongfully imprisoned. It’s not because Stern is a saint, far from it, it’s all part of his deal with Ghost.

Angela and the rest of the prosecution (except for desk duty Donovan) are suspended and Maks seemingly has fun chastising them for their recklessness. Angela states that Maks deserves a suspension too, but he wormed his way out by being the team’s newbie on the case. If anyone deserves several middle fingers, its him! Later on, Donovan works with Angela and Saxe and they come to the conclusion that Mike was the one who framed Ghost and could be the mole who killed Greg. And Mike was already set to kill Donovan at home but he couldn’t, because he wasn’t home.

Tommy and Dre find Julio dead in a warehouse with his Toros Locos tattoo cut off! Tommy wants revenge and Dre helps set up a fall guy for the hit on Julio. Dre is playing a dangerous game and fans can’t wait until Tommy figures out he’s been helping Kanan and Tommy. And to top it off, with Julio dead, Dre got his job and became the new distro. As suggested by Ghost, Tommy calls Teresi, who tells him that he’s his father and reveals how he met his mom. Not surprisingly, they both have a thing for gingers.

“Tell everybody to strap up. Bodies are gonna drop.” Those are Tommy’s opening words in the preview, and it means war! The season is almost over and we are not at all prepared! With temperatures rising and the battle for New York City underway, fans can’t wait to see how this season plays out and what could be in store for Ghost and company.

Tommy and Ghost are in the middle of an upcoming war with the Toros Locos and the Jimenez might get involved.

Tasha has a talk with Silver and explains how complicated things are fro her right now and fans can already tell that they’re more than falling for each other.

Angela is telling Saxe that the burner phone they have could lead to Greg’s real killer and Maks is in the middle of coordinating a search. But whose apartment is it?