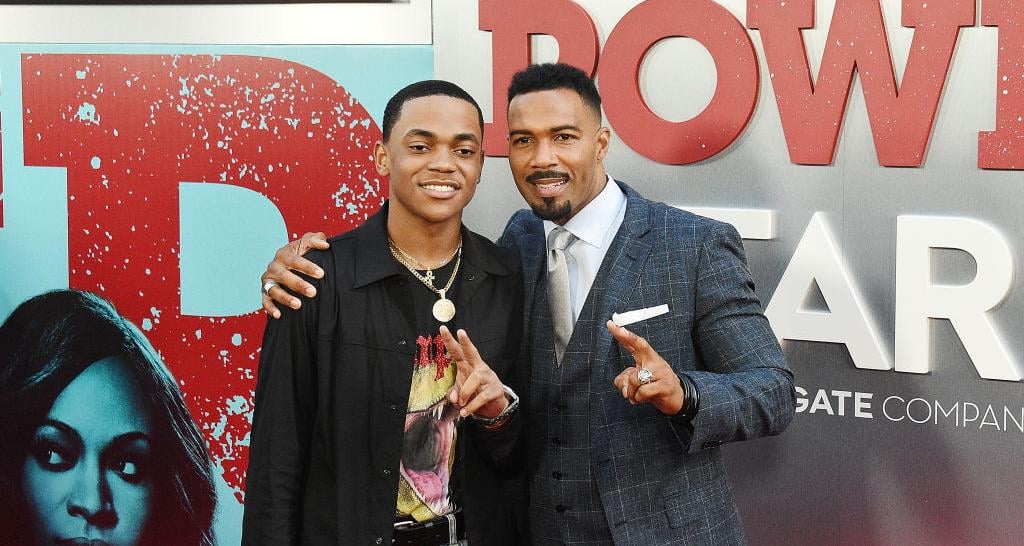 In this episode, Ghost has a bad dream about Marshal Williams and wakes up alone in his home, sweating from the flashback. He’s now a free man, but is he really free? Ghost confronts Tasha in the kitchen and tells her that everything between him and Angela is over, and that he and Tasha should “put the past behind” and start over. But Tasha is convinced that he can’t be trusted anymore and does not agree to his reconciliation.

Not long after Ghost takes in his newly renovated Truth, Simon Stern swoops in. To Ghost’s surprise, he is there to “collect the money” that Tasha had taken from Stern. Ghost, who has no idea about the deal, is taken aback. But Simon, being a sly old man, tells Ghost that he is ready to overlook all the debts, provided Ghost helps him with a real estate project. Using Ghost has always been Simon’s forte, and this time he is using him for racial diversity on his venture. Ghost is furious with Tasha about the deal, and she snaps back at him saying that he better turn this around and take full advantage of Stern.

Tommy meets up with Jason, who tells him that he wants Tommy to run the West Coast business, as well. Tommy brings up how unfortunate it was that he had to kill Milan, which is new information to Jason. The rage makes Jason get Tommy kidnapped and thrown in the trunk of a car. When Tommy wakes up, he finds himself in a very shady situation and knows this is not going to go well for him. Petar tells Jason a very different story about Milan’s death than what Tommy has told him, but Milan’s mistress Tatiana, confirms Tommy’s story to be true. Jason takes aim at Petar and shoots him, and he falls into a previously dug grave. Tommy fears for his life too, but Jason starts being friendly with him.

Things look gray for Julio, when he believes in Dre’s help but ends up in a tough spot with him. With Julio no longer being under Ghost’s protection, he knows his situation is really messed up. After some fist action between Dre’s men and Julio, he gets stabbed in the stomach, and Julio crawls on the floor before finally shutting his eyes forever.

Kanan plots against Ghost and takes a step further in his plan; he forces Ghost into a car while pointing a gun at him. Kanan threatens him that if he doesn’t give him the money, he will kill Tariq. Ghost explains why he is short on cash right now, but he has plans of robbing Tommy’s stash. Ghost and Kanan reach the place where Jukebox has held Tariq, but she realizes something is wrong and is seen pointing a gun at Tariq. She forces Kanan to disclose his real motive behind using Ghost, and he admits to killing Shawn, as well. Juke is about to shoot Tariq after all the confessions, but gets shot in the chest by Kanan instead. Ghost tries to calm his son down, while Kanan takes away all the cash and leaves.

Tommy is seen at an open house with an elderly white man who is showing him the property. It is then revealed that the old man is Holly’s uncle, who had sexually abused her when she was young. In a fit of rage, Tommy strikes a blow with a baseball bat and beats Holly’s uncle until he’s dead in a pool of blood.

Ghost goes ahead with his plans of the real estate business, and his entire family is seen in the public eye donning a new role. Tasha and Silver’s relationship seems to be rolling into a more serious one when she seeks his help. Dre gets himself promoted when Tommy returns to New York, after his “bloody” visit to Cleveland. Angela comes up with the thought that Ghost did not hide that gun, and that the gun is the “key to the whole case.” Mak, on the other hand, tells the prosecution that they are being suspended and they will start to form newer connections to catch the real killer of Greg. Catch a glimpse of Power season 4, episode 7 spoilers, right here in the preview!