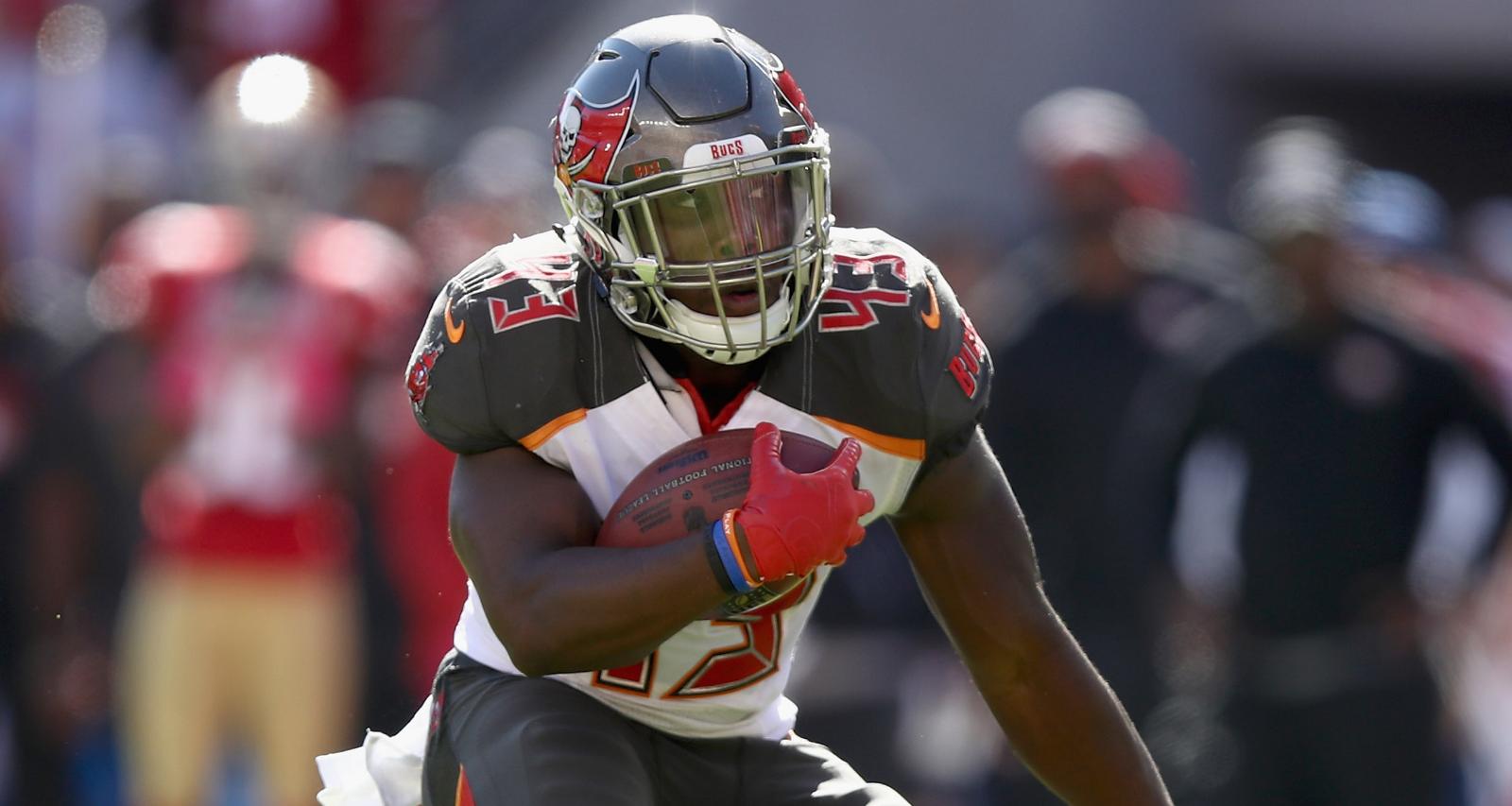 As the Tampa Bay Buccaneers regroup after losing to the New York Giants, fans of the team are curious about running back Peyton Barber’s relationship to another NFL star! Now they’re asking if Peyton is related to Tiki Barber, who was a running back for the Giants back in the mid-00s. Find out if the Barber moniker is just a coincidence, or not.

The Bucs lost 35-38 to the New York Giants on Sunday, and while Peyton Barber had a career-high 18 carries for 106 yards and a touchdown in the loss, fans have a head-scratcher of their own.

First, Who Is Tiki Barber’s Family?

Fans of the Giants and the Bucs might remember Tiki Barber and his identical brother Ronde Barber, respectively.

The boys were born to James and Geraldine Barber in Virginia, and are younger siblings to Tarik Barber.

Tiki Barber, 43, was the running back for the New York Giants, but retired in his prime after 2006, as the game had taken a toll on his body.

According to reports, he was widely criticized for retiring in his heyday, but Tiki explained that it was necessary for him to quit. Tiki was always interested in broadcasting, and has been a correspondent/contributor for NBC’s The Today Show and an analyst for various sports programs. He’s also made several TV appearances, such as his stints as a judge on Iron Chef America and Project Runway.

Meanwhile, his identical twin Ronde has also had a glorious football career. Ronde is the older sibling among the twins, and was a cornerback for the Tampa Bay Buccaneers from 1997 to 2012.

He holds some impressive records like the “most consecutive starts by a defensive back.” It’s been five years since his retirement, and though Ronde was a little skeptical about his decision at first, he retired anyway.

He, too, appears on TV, but as a color analyst for Fox Sports. He is married to Claudia Patron, and also has two daughters—Yammile and Justyce.

Is Peyton Barber Related to Tiki Barber and Ronde Barber?

Many might suspect that Peyton is the fourth brother in the Barber clan, but that’s not the truth. He is in no way related to the Barber brothers, but only has the same last name.

Peyton Barber was born in Alpharetta, Georgia in 1994, making his age 24. His parents are Ken and Lori Barber, and the pair divorced around 1998.

Back in 2016, when Peyton was a new pick for NFL, he claimed that his mother was homeless, and that he was playing for his family.

He became a national headline overnight, as people sympathized with the youngster.

But things soon turned around when his father Ken publicly said that Peyton has never had to worry about food and shelter.

Lori, on the other hand, told AL.com that she didn’t necessarily fit the perfect definition of homeless, but that she was financially struck down.

Peyton Barber’s family also includes his older sister and three other siblings from his father’s second marriage; however, their identities have not been revealed. It looks like Peyton and his older sister were raised by Lori. Nonetheless, Barber proved a good asset to the Buccaneers team.

Currently, it looks like he is in a relationship with a woman he calls “P.”