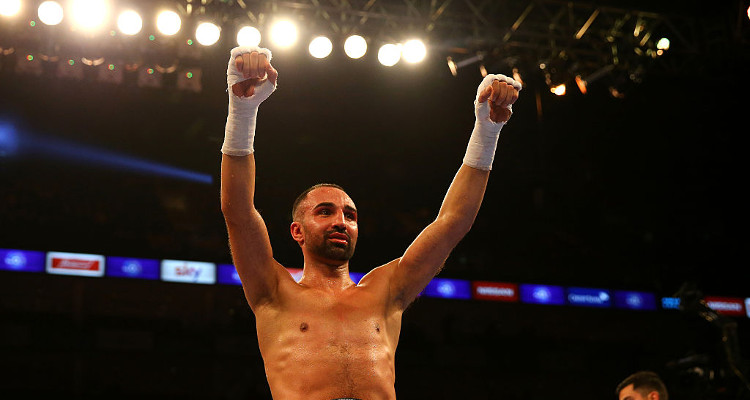 Paulie Malignaggi is in a foul mood over two photos released by the Conor McGregor camp, showing him in some less-than-flattering photos during a sparring session between the two boxers. Even though Malignaggi retired from boxing, his love for the sport remains unscathed as he takes up his new role as a commentator. With a net worth of $5.0 million and a thorough knowledge of boxing, Malignaggi’s post retirement career looks bright.

Born on November 23, 1980 in Bensonhurst, Brooklyn, New York to Sicilian immigrant parents, Paulie Malignaggi’s age is 36. After his father moved back to Italy, his mother remarried, but Malignaggi was unable to get along with his stepfather. The two got into numerous fights and Malignaggi was asked to leave the house in 1996. He regularly got into street fights and started taking knives and even a gun to school until he was expelled. His grandfather started taking him to work every day, until Malignaggi pleaded with him to let him learn boxing. His grandfather relented, and Malignaggi began his love affair with boxing.

Malignaggi first fought as a light welterweight and took on boxers like Miguel Cotto, Lovemore N’dou, Herman Ngoudjo, Ricky Hatton, Juan Diaz, and Amir Khan. He then started competing as a welterweight and fought boxers like Viacheslav Senchenko, Adrien Broner, Danny Garcia, and Sam Eggington. After a long but exciting 16-year professional career, Malignaggi finally announced his retirement from his beloved sport on March 6, 2017, at the age of 36. He said at a press conference, “Nineteen years ago today; I entered the ring for the first time as an amateur. That makes this as good a time as any to announce my retirement from competition.” Paulie Malignaggi’s record was an impressive 44 total fights, 36 wins (seven by KO), and eight losses.

Thanks to his long career in professional boxing, Paulie Malignaggi’s net worth is estimated at $5.0 million. Crowds remember him for his fast moves and flexible fighting style, along with his fast hand, speed, athleticism, and strong chin. That is why McGregor sparred with him to prepare for his upcoming fight. The photos show Malignaggi down on the ground, and apparently backing away from McGregor in the ring. Malignaggi is reportedly angry about this and has demanded that McGregor release the full unedited sparring session on video, so the public can see what really went down. Malignaggi claims that he wasn’t knocked down by McGregor as the photo suggests, but was actually pushed down. An explanation as to why the retired boxer left the McGregor camp can be found on Paulie Malignaggi’s Instagram account, along with more pictures of the boxer. After all these years, Malignaggi still has enthusiasm and passion for his sport, though his enthusiasm for McGregor has probably taken the biggest hit.