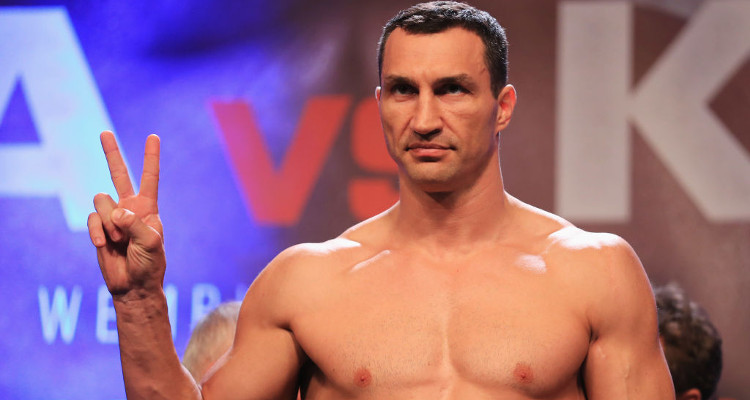 After fighting the best opponents for the last 27 years, Wladimir Klitschko announced his retirement from professional boxing. Now, he is looking forward to spending time with his fiancée, Hayden Panettiere and their daughter, Kaya far away from the the boxing ring. With a healthy net worth of $60.0 million and a Ph.D. under his belt, Klitschko is looking ahead with great anticipation.

The boxing world was watching Wladimir Klitschko with bated breath, trying to figure out what his decision would be. In the end, after giving it much thought, Klitschko decided not to fight Anthony Joshua in the heavyweight world title match scheduled to be held on November 11, 2017, in Las Vegas. Instead, he announced his retirement from the sport he loved and made his own for the last 27 years. Klitschko lost to Joshua in their first fight this past April, and the rematch was scheduled to be held at the T-Mobile Arena in Las Vegas later this year. Klitschko is also well known as Hayden Panettiere’s fiancé and the father of their daughter. Panettiere is an actress, model, singer, and activist who became famous for acting in shows like Heroes and Nashville. Here are some details from Wladimir Klitschko’s wiki.

Wladimir Klitschko’s age is 41. He was born on March 25, 1976 (in what is now known as Semey, Kazakhstan) to Russian parents. He was interested in boxing right from the time he was a child, probably because his older brother pursued the sport himself. In the early 1990s, he underwent training in Poland’s Gwardia Warszawa club, where he outshone all his peers. He went on to win prestigious titles like the Junior European Championships in 1993, the Military Championships in 1995, and the Atlanta Summer Olympics gold medal in 1996. His amateur boxing record was an astounding 134 wins to 6 losses. Klitschko earned the nickname “Dr. Steelhammer,” as he had a devastating punch and a Ph.D.

One of the Best

I can’t wait to get these belts back. #obsessed #JoshuaKlitschko

After proving himself in amateur boxing, Klitschko took the plunge into the high stakes world of professional boxing. He beat high caliber boxers like Paea Wolfgramm, Chris Byrd, Derrick Jefferson, Charles Shufford, Frans Botha, Ray Mercer, and Jameel McCline to win, and defended his world heavyweight title five times. Over the years, Klitschko fought against many boxers to prove that he was one of the best heavyweight boxers of all time. It was in the last match of his career against Anthony Joshua that Klitschko gave signs that the time to hang up his gloves had come. Fighting with so many good boxers over the last two decades took its toll, and it was now time for the younger generation to take over. Wladimir Klitschko’s record is 69 total fights, with 64 wins (53 of them by knockout) and 5 losses.

Controlling my mind is the key to this fight. #obsessed #JoshuaKlitschko

“Wladimir Klitschko retires” was a headline that was waiting to appear for the last few months, and it came finally on August 3, 2017 when he posted his decision on his website. In his long farewell address he stated, “At some point in our lives we need to, or just want to, switch our careers and get ourselves ready for the next chapter — a new course and fresh challenges. Obviously, I’m not an exception to this, and now it’s my turn. I’m honestly doing this with the greatest respect for these new challenges.” Thanks to his long boxing career, Wladimir Klitschko’s net worth is a huge $60.0 million. Now that Klitschko has officially retired from boxing, he’s got all the time in the world to spend with his future wife and their daughter, Kaya Evdokia. The man with the hard face is now the man with a soft heart!