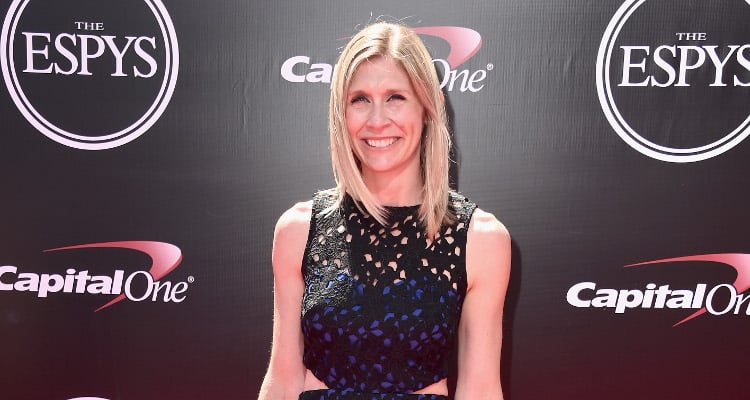 Pat Tillman left a lucrative NFL career behind to serve his country. During his deployment in Afghanistan, he died in a friendly fire incident. More than a decade after his death, his widow, Marie Tillman, is requesting that people (i.e. President Trump) don’t exploit his death for political propaganda.

President Donald Trump recently disparaged NFL players who are kneeling during the national anthem, sparking a mass demonstration across the NFL. The POTUS punctuated his Twitter rant with a retweet about Pat Tillman, the former Arizona Cardinals player who became an Army Ranger in the wake of 9/11, and died in a friendly fire incident. And in a veiled message to the president, Tillman’s widow, Marie Tillman, said that she doesn’t want her husband’s death to be politicized.

He Was Fiercely Devoted to His Wife

During his deployment, Pat Tillman maintained personal journals where he wrote about his family and friends. His wife, Marie Tillman, featured heavily in those journals. They were high school sweethearts and married just before he enlisted to be an Army Ranger.

Born Marie Ugendi, the California native went to Leland High School where she was a cheerleader, voted to have the “best smile.” At Leland, she fell in love with Pat Tillman, the football player voted as the “most masculine.” While Tillman went to Arizona State University, she decided to go to University of California, Santa Barbara.

Pat Tillman’s journals spoke about his second thoughts about enlisting because it would mean leaving his new wife behind. But the pain of missing his wife would be subdued once he’d meet her at a motel during leave.

She published a book, The Letter: My Journey Through Love, Loss, and Life about living through grief. In her book, she shares her love story with her husband through the letters they exchanged over the years.

When Pat Tillman decided to enlist, his Marie Tillman put having children on hold because she didn’t want to raise kids alone while he was away on deployment. But then her husband died, and she lost a best friend. “I struggled in the beginning with … my feelings about him and other people’s feelings,” she once said about random strangers telling her how much her husband had influenced them.

Years after her husband’s death, Marie Tillman finally found love again. A fundraising event brought her to Chicago where a board member of the Pat Tillman Foundation introduced her to a friend, Joe Shenton. She’s now married to Shenton, a once-divorced banker and father of three children.

In 2012, Tillman had a son named Mac Patrick with Shenton and a daughter, Francesca Margaret, born in 2013. Even after all these years and building a new life, she is still known as Marie Tillman. She currently resides in Chicago with her husband and kids.

She Is an Entrepreneur

The side of Marie Tillman that is not Pat Tillman’s widow rarely gets the attention it deserves. For a brief period after his death, she worked in events and production for ESPN in New York. The 40-year-old is the founder and CEO of Mac & Mia, an online shopping site for kidswear.

Tillman launched the website with the help of her husband in 2014. The parents wanted to provide a singular source of high-quality kids clothing without spending too much time and effort going store to store for the perfect outfit.

She Kept His Memory Alive

After Pat Tillman’s death, Marie Tillman, along with his family and friends, came together to organize a memorial run, which soon turned into an annual event. The proceeds from the event fund a college scholarship program. Moved by the love her husband received after his death, she went on to set up the Pat Tillman Foundation with his family, a non-profit organization.

The Pat Tillman Foundation provides academic scholarships to veterans and their spouses. The foundation provides a two-semester curriculum at ASU called the Leadership Through Action Program. The program aids 15 to 20 scholars each year

Tillman’s current husband, Shenton, also actively does his part for the Foundation. She said, “He allows me to have all of these parts of my life out in the open because he wears the (Tillman Team) hat, he comes to the (Pat’s Run) event, he’s as big of a champion for the foundation as anyone.”

The real circumstances of Pat Tillman’s death were covered up by the Army and the Bush administration to promote their wartime agenda at the time. It was revealed almost a year later that he died by accidental friendly fire and not enemy fire.

Tillman couldn’t bring herself to fight the military as her husband’s family did, because she couldn’t stop herself from imagining how he died. But, she won’t allow her husband’s service to be exploited for any political agenda.

Marie Tillman has been critical of the current POTUS in the past. And after President Trump retweeted a post that used Pat Tillman’s picture following his rant against the NFL, Tillman chose to make her stand clear, saying that “Pat inspired countless Americans to unify.” She also said that she doesn’t want his memory to be “politicized in a way that divides us. We are too great of a country for that.”

Pat Tillman was strongly opposed to the Iraq War and had planned to meet with Noam Chomsky, a critic of American foreign and military policy, before his untimely death. As many have pointed out, Tillman wouldn’t have been a fan of Donald Trump if he was alive today. And Marie Tillman’s statement has received praise from those who want to keep the politics out of Pat Tillman’s legacy.

I shared my thoughts w/ @brianstelter on Pat, and, the need for unity and togetherness in our country. https://t.co/kJWL4v2sNH pic.twitter.com/ISwnTTHLLR