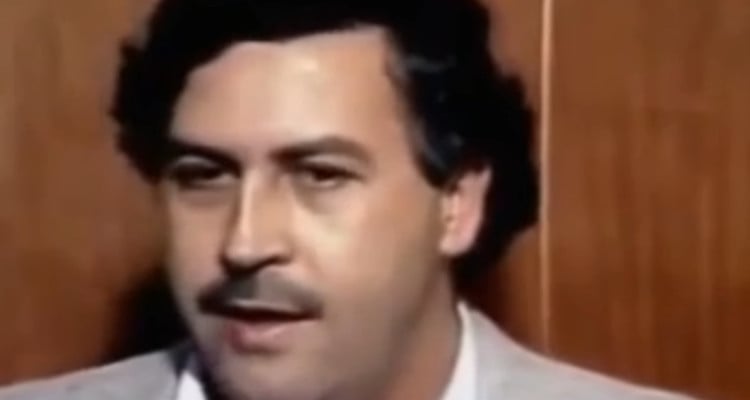 When Pablo Escobar was alive, his daughter Manuela got everything she asked for. Escobar adored his daughter, and there are many stories about how far he would go to fulfill even her smallest wishes. After Escobar was shot dead by security forces, Manuela, along with the rest of her family, escaped to Argentina. It is assumed that she is living a quiet life there under a new name.

The whereabouts of Pablo Escobar’s daughter, Manuela Escobar, are not currently known. Pablo Escobar was a Colombian drug lord and narcoterrorist, whose cartel supplied 80% of the cocaine smuggled into the United States at the time. While Escobar’s life, crimes, and eventual death have been well documented, very little is known about his daughter. She was first protected by her father when she was a little girl, but once Escobar died, Manuela, along with her mother and brother left Colombia to escape reprisals from her father’s victims. There are stories about Escobar’s love for his daughter and the things he did to make her happy. Pablo Escobar and Manuela Escobar were inseparable until her father was killed in the hunt to track him down and bring him to justice. Here are a few details from Manuela Escobar’s wiki.

The World is Not Enough

Born in 1984 to Pablo Escobar and Maria Victoria Henao, Manuela Escobar’s age should be 33 now. Manuela Escobar’s mother gave birth to two of Escobar’s children: Juan (who later changed his name to Sebastián Marroquín) and Manuela. Both were pampered by their father who could literally afford whatever they wanted. Some stories told by Escobar’s former acquaintances show how far he went to fulfill his daughter’s wishes. Once, when Escobar and his family were hiding in the Medellin mountainside, Manuela was sick and need to be kept warm. To protect her from hypothermia, Escobar reportedly burned stacks of dollar bills worth about $2.0 million! When Manuela asked her father how much a billion dollars was, Escobar reportedly replied “the value of your eyes, my princess.”

Not everything Escobar did for his family was heartwarming, but most were expensive. Manuela wanted a unicorn for her birthday, so her father arranged for a cone to be stapled to a horse’s head, and had wings attached to its back. The horse died in the process. Escobar loved his daughter to the point that he reportedly had one of his mistresses abort her baby because he promised Manuela that she would be the last of his line. However, after Escobar was killed in a shootout with security forces on December 2, 1993, Manuela, Juan, and their mother moved from country to country, trying to get asylum to escape Escobar’s enemies. Time reported that they traveled to Ecuador, Peru, Brazil, South Africa, and Mozambique before finally finding asylum in Argentina.

Sins of the Father

While Manuela’s brother has spoken to the press multiple times throughout the years, Manuela has remained silent. She reportedly changed her name to Juana Manuela Marroquin Santos and avoided the media, and therefore is not active on social media. While her brother tried to make amends with those his father wronged, Manuela has cut off all ties to her native country. The little girl who could get anything money could buy had to leave everything behind when she and her family fled Colombia.

Celebrity Wiki
Dale Snodgrass Bio: Facts about the Legendary Pilot Who Died in a Crash

Celebrity Wiki
Who Is Nurse Ebi? What Happened to Ebiowei Porbeni of NurseLifeRN?