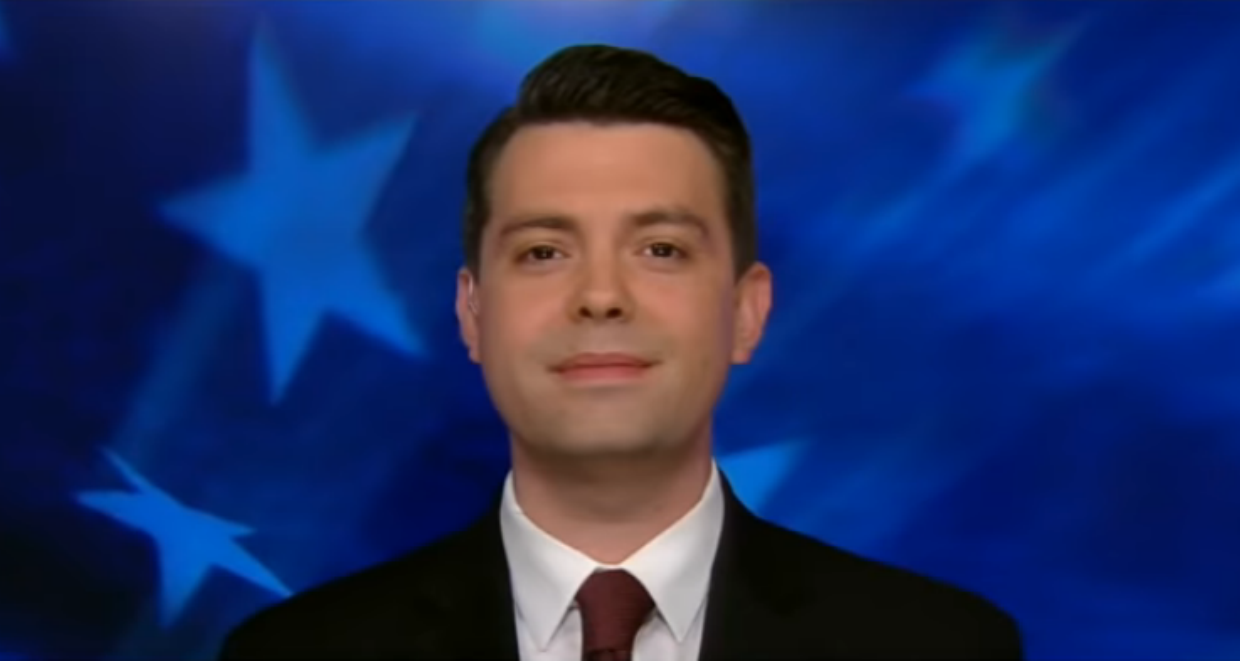 Noah Rothman is a conservative media personality who helms Commentary magazine. He’s known to present sound arguments from an unbiased conservative side. Not only does he call out Trump’s head-scratching policies, but he also silences unreasonable critics against the conservatives. However, Rothman’s recent appearance on MSNBC’s Morning Joe has come under fire for his take on John Brennan’s security clearance controversy. Our Noah Rothman wiki explains more about this conservative writer.

Who Is Noah Rothman?

Noah Rothman keeps his exact birth date a mystery, saying he was “born in the last weeks of 1981,” which makes him 36 years old now.

He holds a Bachelor of Arts in Russian Studies from Drew University. In 2010, he graduated from Seton Hall University with a Master’s in International Relations with a focus on Security Studies and Eastern Europe.

Rothman has a diverse body of work in media, starting as an intern at SiriusXM Satellite Radio for The Opie & Anthony Show. He was a news and audio producer at ABC radio and a broadcast editor at CBS radio. He was also a production manager at Boomster.com.

However, Rothman is most prominent for his work in conservative publications. He was the editor of Campaigns and Elections magazine until 2011 before moving to Ology.com as political news editor.

He then had a two-year stint at Mediaite as an editor, where he also wrote political opinion pieces.

Since 2015, he has been the associate editor of Commentary magazine. Through his pieces, he has been a critic of Trump’s policies where it is reasonably warranted, without compromising his conservative principles.

Rothman is a frequent presence on MSNBC’s panels. But in his latest appearance on Morning Joe, he faced flak for his comments on President Trump revoking John Brennan’s security clearance.

His statement inferred that he believed Brennan deserved to lose his security clearance. Now, the Twitterverse is particularly upset that Rothman claims the former director of the CIA is not useful to the administration because he’s too political.

However, in a tweet that has since been deleted, Rothman explained that he didn’t explicitly state Brennan “deserves” to have his security clearance revoked.
“I do not believe that, so I cannot imagine I said that,” he said in the tweet.

But he did say that “John Brennan has become explicitly political and as a result, he deserves to have his intelligence clearance revoked,” which is probably why he deleted the tweet.

What Rothman meant to say is that revoking Brennan’s security clearance would seem like a threat to other officials in the intelligence community and wouldn’t be fair to him.

He has since retweeted posts that elaborate both sides of the Brennan debacle.

Noah Rothman’s Wife Is a Latina

Most recently, Rothman has been promoting his upcoming book, Unjust: Social Justice Warriors and the Unmaking of America. It’s set to be released in January 2019.

Noah Rothman’s Twitter account currently has over 54K followers. But at times, he will use the platform to make his stance clear. 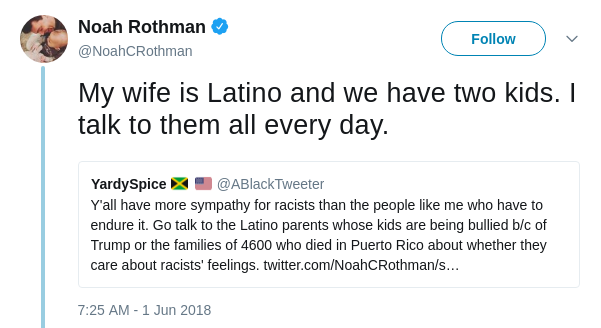 In June 2018, in response to a tweet, Rothman said that his wife, Jaryn Arnold Rothman, is a Latina from Puerto Rico.

They are parents of two boys. His oldest son, Jace Arnold Rothman, was born in September 2014.

In an old tweet from 2016, Noah Rothman said his wife was pregnant and due to give birth soon. Elias Murphy Rothman was born in September 2016.