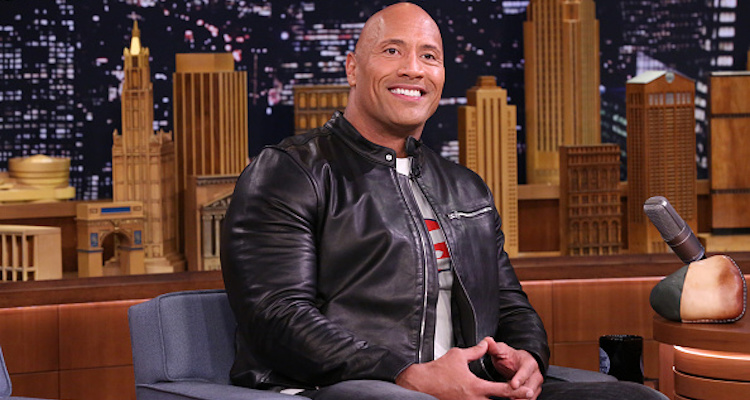 Why is The Rock up at 4:00 a.m.? It’s all part of his process and it’s a process that has done well for him for many years in the business. They say there’s no rest for the wicked and the saying holds true for the successful wrestler-turned-actor.

While most of the country was still sleeping, Dwayne Johnson’s workout was just beginning. The Baywatch actor took to Instagram to post a picture that simply read the time, “4:26,” accompanied by a post explaining that his early morning wake up is an anchor for him. And despite hitting the snooze button (also known as “the b***h button” to The Rock) twice, he still managed to stay awake!

“Daily anchor. We’re always looking for ‘balance’ in life. For me, balance means getting my ass up at 4am daily. While the world sleeps, I can work in silence pushing business along, then hit the gym, then head to set and shoot all day/night. Doesn’t matter what time I go to bed, what matters is that I wake up at 4am and get that jump start on life.”

And judging by The Rock’s pics, he’s been making his good on his promise to the gym, no matter what the day throws at him!

The Rock Gives Back

With all of The Rock’s movies, family, and long days, we’re not sure where he gets the energy! In a previous post (before his early morning wake-up call), Johnson posted a personal video for a young boy named Fisher (also known as “The Pebble”) who is battling cancer. Johnson was on the set of his HBO show, Ballers and sent Fisher a signed autographed photo and a truly heartfelt message.

Just received an awesome Valentine’s Day surprise. On set shooting #ballers and I get an email about a very special little boy named, Fisher aka The Pebble. He nicknamed himself, The Pebble because he knows he has to be strong as he fights Leukemia. I went back to my trailer to sign a pic for him and make this vid. Fisher, you stay strong big man. Stay cool, keep smiling and inspiring all those around you.. including me. Stay strong Fisher and you officially have the coolest nickname in the world. ???????????? #ThePebble #Fisher ????

Just when we thought The Rock couldn’t get any better as a person!