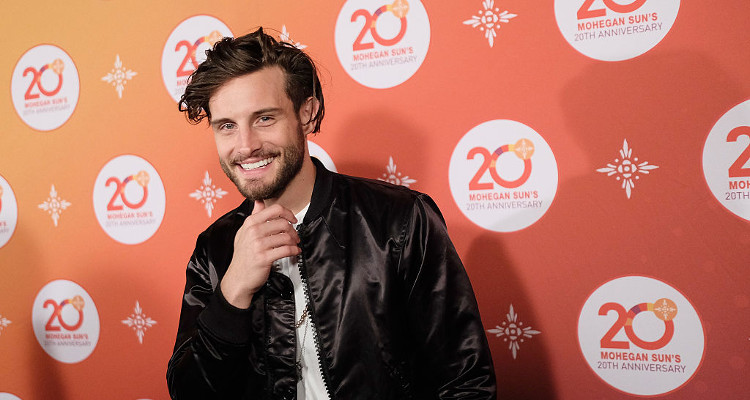 Actor Nico Tortorella has played some diverse and extreme characters that we typically only see from seasoned actors. In his short career, he has appeared in interesting films and TV shows, with the latest being Lifetime’s Menendez: Blood Brothers. In 2016, Tortorella opened up about being bisexual and about dating blogger, Kyle Krieger.

Not many people have heard the name Nico Tortorella yet, but that is likely to change soon. Tortorella has been giving standout performances in his brief career, in both films and TV. Next, he will appear in the upcoming Menendez brothers movie that will soon air on Lifetime. In the film, Tortorella plays Lyle Menendez, the older of the two brothers, in a story of the brutal murders of the parents of a wealthy family. The film covers dark issues like murder, infidelity, and sexual abuse. Tortorella’s gives a standout performance as Lyle, who comes across as the cold, greedy, and manipulative mastermind behind the double murder of his parents. People want to know more about the young actor, and are wondering if Nico Tortorella is gay. We will tell you all this and more, right here in our Nico Tortorella wiki.

An Eclectic Choice of Roles

Born on July 30, 1988 in Wilmette, Illinois, Nico Tortorella’s age is 28. He started his acting career on the two TV shows, Make it or Break It and The Beautiful Life: TBL. Tortorella also had a small role in the film Twelve. Since then, he has acted in several films such as Scream 4, Trespass, Odd Thomas, and Hunter&Game, in which he portrays the hard-partying electronic musician, Carson Lowe to rave reviews. Tortorella described it as a “role I was meant to play.” He made a name for himself with breakout roles on TV in shows like The Following and Younger. His latest role is in the TV film Menendez: Blood Brothers. In September 2016, Tortorella released his podcast The Love Bomb on the At-Will Radio podcast network.

Coming Out as Bisexual

Nico Tortorella’s net worth is estimated to be a modest $1.0 million, but is sure to grow as his talent gets recognized and he takes on more roles. He has already made his mark on the industry by playing a wide variety of characters, from a frightening serial killer to a loveable tattoo artist. Recently, Tortorella opened up about his personal life, and revealed details of his sexuality. In June 2016, while speaking to Page Six, he revealed that he is sexually fluid. On October 30, 2016, Tortorella spoke to Vulture about his sexuality saying, “The more I’m having these conversations, the more comfortable I am identifying as bisexual.”

About his sexuality, Nico Tortorella says, “I think my own sexuality and my own openness have been a real trip. If someone was driving the same way I’m driving right now things would be a lot easier. It was not that I had it really hard, it was just a question of someone representing B in LGBT. I’ve dated gay men that have not completely understood. Anytime I would talk about some sort of relationship with a woman it bummed the conversation. They just didn’t get it.” In 2016, the actor dated Kyle Krieger. He was a blogger, and became Nico Tortorella’s boyfriend. The two were constantly seen in spending time in Aspen and New York City. Though they were only together for six months before splitting up, the two are still friends. Krieger was a guest on Tortorella’s podacast, and the two spoke openly about their relationship.

Carving His Own Way

Nico Tortorella’s Instagram account is full of pictures of himself, both candidly and from photoshoots. He is nearly naked in a lot of his posts, so fans looking for Tortorella’s sexy pics should follow him on Instagram! He’s very easy on the eyes! All of this, however, does not deter from the fact that Tortorella is a great actor, who’s not afraid to take on challenging roles. Where can you see Nico Totorella next? He will don the pivotal and controversial role of Lyle Menendez in the upcoming Lifetime biopic surrounding the famous case of the Menendez brothers, who murdered their parents in 1989. Check out Menendez: Blood Brothers as it premieres June 10, 2017 on Lifetime.