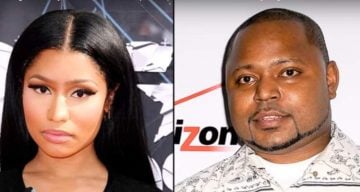 Jelani Maraj, rapper Nicki Minaj’s brother, was convicted by a jury on November 9, 2017, for allegedly sexually assaulting his stepdaughter over a period of several months. Maraj faces a sentence of 25 years to life in prison. Although his lawyers claim it was a plot to extort money from Minaj, the victim and her brother’s testimony proved to be damning for Maraj. Read all about it in Jelani Maraj’s wiki right here.

The conviction came after a month-long trial, throughout which Maraj’s lawyers claimed these allegations were being made to extort $25.0 million from his famous sister, Nicki Minaj.

Jelani Maraj and Nicki Minaj both share the same last name, but the entertainer is known more by her stage name.

After Jelani Maraj’s trial, he now faces up to life in prison. He was pronounced guilty of predatory sexual assault on a child and endangering the welfare of a child by a jury in Nassau County Court.

Jelani Maraj’s rape case has shaken people, who are wondering what happened.

He Claimed Children Gave Him Peace

Born in 1979, in Trinidad, and raised in Queens, New York City, Jelani Maraj’s age is 38. He was just nine years old when he immigrated to New York City. He grew up with two of his siblings: Nicki Minaj and a younger brother named Micaiah.

Old throwback picture! I do not really do all this internet stuff and it's not even mine a fan page dm'd me! Happy Tuesday!✌? I look serious, I mean business

Maraj owns Ozone Park Daycare in Queens and had plans of opening another branch in New Jersey. He claimed that the children gave him solace and peace of mind no matter how stressed he was.

In June 2014, he even tweeted, “I always got stressed and pressured in here but the faces of these children can relieve it they’re so cute.”

A Gift from a Rich Sister

Maraj is known to be close to his famous sister and has received help from her, as well.

According to sources, she paid over $30,000 for Maraj’s wedding to Jacqueline Robinson at Coral Houses in Baldwin, New York, in August 2015.

At that time, Minaj wrote on Instagram, “Can’t believe I cried during his wedding and his first dance as a punk…May God bless him and his union. Tonight has been one of my favorite nights of all time. I do anything to make my brothers smile.”

Prosecutors told the jury that Maraj began abusing the victim when she was just 11 years old, raping her many times between April and November 2015, when her mother was busy at work.

The victim, who is now 14 years old, told the jury that Maraj used to call her “his puppet,” saying she had “no say” in what he was doing to her. She revealed that Maraj would slap her when she refused his sexual advances, and threatened that she would be taken away from her mother if she told anyone about the abuse.

According to a member of the jury, the victim’s testimony was damning for Maraj. And, it was “not hard” for the jury to reach their verdict.

Maraj’s lawyers said that they would file an appeal on behalf of their client. Reportedly, they have evidence that wasn’t allowed in this trial, which shows their client’s innocence.

The victim’s brother’s testimony proved to be very damaging for Maraj. The 10-year-old boy told the court that he clearly saw Maraj and his sister partially unclothed in a bedroom with Maraj’s “private parts” touching her.

Although the defense claimed that this was all part of a plan to extort $25.0 million from Minaj, the jury did not buy it. Jelani Maraj was pronounced guilty.

Jelani Maraj, older brother of Nicki Minaj, was found guilty on Thursday of predatory sexual assault and endangering the welfare of a child in a nearly three-week-long rape case.