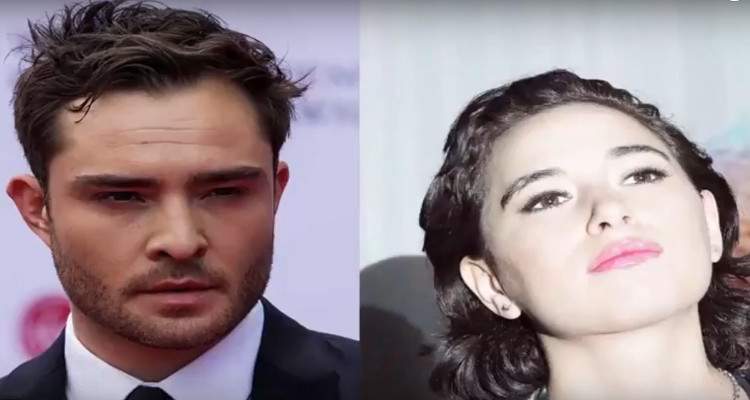 Actress Kristina Cohen has accused fellow actor Ed Westwick of brutally raping her in his home about three years ago. Even though Westwick has denied the accusations, Cohen has filed a police report with the LAPD and named Westwick as her rapist. Hollywood continues to reel under yet another sexual assault allegation leading many to wonder if anyone is safe in Hollywood!

Hollywood grapples with its morality as more rape and sexual assault accusations continue to surface among industry big shots. And now, another one is making headlines. This time, it’s against former Gossip Girl star, Ed Westwick (better known to fans as Chuck Bass). He is being accused of raping actress Kristina Cohen by the actress herself. Cohen made the rape allegation against Westwick in a lengthy Facebook post on Monday, November 6, 2017, detailing that the alleged assault happened at Westwick’s house about three years ago. Cohen wrote that a producer whom she was dating at that time brought her to Westwick’s home, where Westwick first suggested that the three of them “should all f**k.” At the time, Cohen had said that she was tired and she wanted to leave. What happened later, according to Cohen, was reprehensible and should have never happened to her, or any other woman. We are bringing you some details from this incident and more about the actress in our Kristina Cohen wiki.

According to Cohen, Westwick suggested that she take a nap in his guest bedroom, after she expressed that she was tired and wanted to leave. Cohen agreed and fell asleep on the bed in the guest room, where she later awoke to find Westwick on top of her, touching her in a sexual manner. Cohen said, “He held me down and raped me. I fought him off as hard as I could, but he grabbed my face in his hands, shaking me, telling me he wanted to f— me. I was paralyzed, terrified. I couldn’t speak, I could no longer move. I now realize the ways in which these men in power prey on women, and how this tactic is used so frequently in our industry, and surely, in many others.”

Ed Westwick has completely denied the incident, saying that it never happened. In an Instagram post on Tuesday, November 7, 2017, Westwick wrote, “I do not know this woman. I have never forced myself in any manner, on any woman. I certainly have never committed rape.”

Who Is Kristina Cohen?

Born on November 16, 1989, in Los Angeles County, California, Kristina Cohen’s age is 27. Though she has lived in Los Angeles County most of her life, she spent some of her childhood in Woodstock, Georgia. She began working in the entertainment industry from an early age from 2001 when she was still a kid. Cohen worked in several TV shows and had small parts in films as she struggled to make it big in Hollywood. She appeared in two episodes of the show Californication in 2013 and also appeared in one episode of ABC’s The Middle in 2010. She had also worked on Greek and Earthwalkers before she acquired some fame in her recent project, a YouTube series she created called Ladies Like Us, in which she stars as an aspiring female comedian struggling to make it big in Los Angeles.

A Woman of Multiple Talents

When we can start to separate life from commerce is when we can really see what's going on ?#35mm ? x @kellenhoude

Cohen has been in an all-girl improvisation troupe called Ladies Like Tea and is an Upright Citizens Brigade graduate. She performed stand-up comedy for a while and had her biggest audience at the age of 21, at The Improv in Ontario, California. Apart from being an actress and a writer, Cohen also tried her hand in business at a young age. She was just 20 years old when she developed her own T-shirt line called Ironclad Movement.

Tending to my own garden ???

Kristina Cohen’s Instagram account is full of pictures of Cohen in pretty dresses, with her friends, working on film shoots, and just being outdoors having fun. There are also pictures of celebrities whom Cohen admires such as The Beatles, David Bowie, Martin Luther King Jr., and Audrey Hepburn. It has colorful paintings and images that show what a creative and talented person Cohen really is.

Matter in Hands of the Police

According to sources, Cohen has filed a police report at LAPD’s Hollywood precinct, accusing Ed Westwick of rape. The police are now investigating her claim that he forced her to have sexual intercourse with him at his residence three years ago. If her claims are found to be true, this is yet another horrific reminder that women are vulnerable to strong Hollywood sexual predators, as they try hard to make it big in tinsel town. The fact that the issue is so prevalent yet so hidden is something that needs to stop. With more and more accusations being revealed by the day, it’s anyone’s guess as to who’s next!

Love on the low, love everywhere I go ?