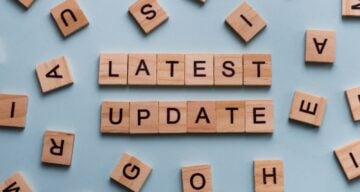 Diane Pathieu has shared significant news stories on ABC7 Chicago in her career, but her most recent newscast is the most important personally and for how many people it could help. The longtime news anchor revealed her husband’s cancer battle and the advanced medical technology saving his life. Nick Adamski has had his fair share of struggles in his previous career, but this is the biggest fight of his life. And he wants others going through the same to benefit from the life-saving developments. Find out what happened to Diane Pathieu’s husband, Nick Adamski, and his current health update here.

Nick Adamski was born in 1982 and is from Milwaukee, Wisconsin. Not much is known about his family except that he has a brother, Anthony Adamski.

Adamski was a firefighter/EMT at the Milwaukee Fire Department. He’s currently based in Illinois with his wife. However, his current work status is unknown.

Nick Adamski and Diane Pathieu have been together since the Chicago native was an anchor at Milwaukee’s WTMJ-TV. In 2011, she moved back to Chi-Town to join the news team at ABC7.

Adamski moved with her, and she also converted him to Chicago sports. They married on October 27, 2012, in Illinois.

In December 2020, Diane Pathieu was in the middle of a regular day at work delivering news when she found out her husband had suffered a seizure at home. When Nick Adamski was rushed to the hospital, the doctors discovered the cause was a grade 4 glioblastoma, an aggressive brain tumor.

Adamski went from showing no symptoms to needing emergency surgery. He was paralyzed on the right side of his body and developed an MRSA infection.

The doctors removed the tumor, Adamski was regaining function on the right side, and he went through chemo and radiation. However, the doctors gave him a bleak update on his condition. They said he probably wouldn’t live beyond a year.

The glioblastoma reappeared nine months after the initial surgery. That led them to neuro-oncologist Dr. Rimas Lukas at Northwestern Medicine and some cutting-edge medical advancements.

Dr. Lukas let ABC7 into the lab, where she used methylation profiling to get “the genetic fingerprint of the tumor.” By identifying what kind of tumor it is, doctors are able to determine what kind of clinical trials the patient is eligible for.

With the help of this test, Adamski was treated with a drug generally used for metastatic bladder cancer. The treatment showed improvement within months. Although doctors and Adamski are hopeful that the tumor is shrinking, the drug has its fair share of side effects.

Nick Adamski was given a year, but he’s now alive for two since the diagnosis. Through his wife and ABC7, he wants to share his story and inform others of the new developments in cancer treatment.