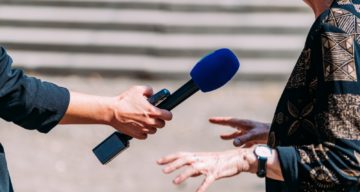 With her lively attitude and professional demeanor, KSLA-TV’s Destinee Patterson makes watching the news fun. The people of Shreveport have watched her grow over the last two and a half years. However, Destinee Patterson is leaving KSLA News 12 in December 2022. News 12 viewers have many questions regarding her departure, and they especially want to know if she’ll be leaving Shreveport for her new adventure. Here’s what the anchor said about her exit from the station.

Destinee Patterson, a native of Schaumburg, graduated with a degree in journalism with honors, with a major in convergence journalism and a minor in sociology and Spanish from the University of Missouri-Columbia in 2020.

While at the university, she also interned at ABC 7 Chicago and contributed to Cheddar News and Columbia Missourian. Patterson also won the NAACP Barbara Jordan Student of the 2019 Image Award in college.

She began her journalism career at KOMU 8 News in mid-Missouri, where she reported on a wide range of topics, including the exoneration trials of Jonathan Irons to the impact of the COVID-19 pandemic on real estate and unemployment.

In addition to journalism, Patterson has three years of experience working in a call center. She joined KSLA News 12 as a reporter in July 2020. She has also worked as a Sunday morning anchor at the station, and in October 2021, she became the weekend news anchor.

In her two-and-a-half years at the station, News 12 viewers have witnessed her development. They love to see and hear this exceptional anchor.

But now, Destinee Patterson is leaving KSLA News 12 to pursue an exciting opportunity. She has yet to give details about her next adventure. But after taking some time off, people will definitely see her in front of the camera.

This will be Destinee Patterson’s final week at KSLA. Follow her on social media and stay tuned to News 12 to see what she’s up to next.