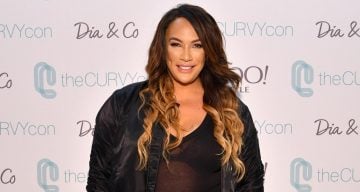 Who Is Nia Jax?

Savelina Fanene, famously known as Nia Jax, is a plus-size model as well as a professional wrestler. She is signed to WWE and performs under the ring name Nia Jax.

In early 2014, Jax started her career at WWE with NXT, the organization’s developmental brand. She is a former WWE Raw Women’s Champion, winning her first career title at Wrestlemania 34 in New Orleans, Louisiana. Jax’s parents are Joseph and Renate Fanene and she’s also the cousin of Dwayne “The Rock” Johnson.

Tamina Snuka hails from a family of a professional wrestlers. Snuka’s father is the Hall of Famer Jimmy Snuka. She is also a wrestler and an actress, who is signed to WWE under the ring name Tamina.

“Don’t ever let anyone tell you that you don’t have what it takes to make it in this world. It’s in your BLOOD to ACHIEVE ANYTHING!!” ?????? #FBF #LuvMeSomeTigerPrint?#DaddysGirl #TaminaSnuka #IslandStyleCurls #fijianwarrior #KaiViti #FlexFriday

She started her career in professional wrestling after she was given the first Lia Maivia Scholarship to train at the Wild Samoan Training Center in Minneola, Florida. Snuka’s brother James is a professional wrestler, too. He’s known for his ring names Deuce and Sim Snuka.

Are Nia Jax and Tamina Snuka Related to Each Other?

Besides their profession, Nia Jax and Tamina Snuka have one thing in common. They both are somehow related to the family of professional wrestlers, the Anoa’i family.

Jax and Snuka are not related to each other by blood, but both are considered part of the Anoa’i family dynasty. The late Jimmy Snuka was not related to the family by blood but through his marriage to a relative of the family.

Jax is a part of the Anoa’i family because of their “blood brother” relationship with the legendary High Chief Peter Maivia. Maivia’s daughter, Ata Maivia-Johnson, is Jax’s aunt. Hence, Jax and Snuka are not related to each other by blood.