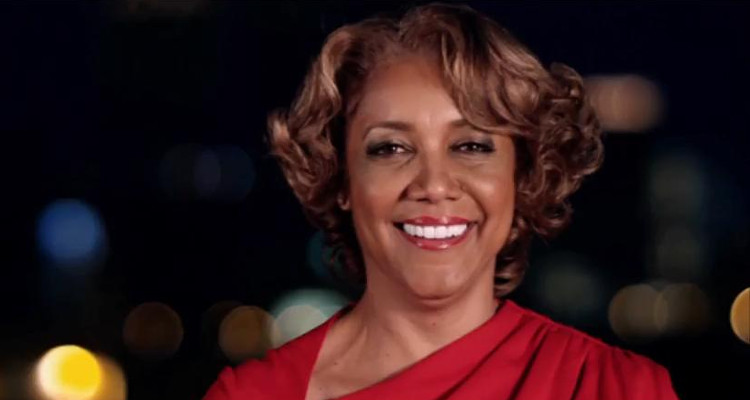 Amanda Davis, the news anchor for Fox 5, passed away after she had a stroke on December 27, 2017, and her friends are family are deeply saddened by their loss. Amanda Davis’ stroke happened while boarding an airplane to attend her stepfather’s funeral. And, we have all the details, right here.

Atlanta TV news anchor Amanda Davis of passed away while on her way to her stepfather’s funeral in Texas. Davis was a veteran and legend who was a fan favorite. Read Amanda Davis’ wiki to learn more about her.

Amanda Davis’ career began in Charlotte, North Carolina, as an anchor for WRET-TV, a former NBC affiliate. She worked with the channel for four years before moving out to Washington D.C.

Davis became a correspondent for Satellite, where she worked for a while before finally joining Fox 5 Atlanta TV for two decades.

May her beautiful soul rest peacefully in heaven. Prayers and condolences to her friends and family. Atlanta news won't be the same without her smile. #amandadavis

Davis won awards for her contribution to broadcasting and journalism, including the Edward R. Murrow Award and a collection of 10 Southeast Emmy Awards.

The anchor was known for her pieces on the details of foster care in America, and the problems it faces.

Longtime Atlanta TV news anchor #AmandaDavis sadly passed away after a massive stroke. She was on her way to Texas for the burial of her stepfather, who passed away earlier this month. . . . Photo Credit: #bchristianphotography | #kontrolmag #kontrolbeauty #atlantalegend

On December 24, Davis tweeted about the loss of her stepfather, Theodore Roosevelt Davis.

“My dad, Theodore Roosevelt Davis, was relieved of his suffering today and is now at peace,” wrote Davis.

Davis was on her way to his funeral when she suddenly suffered spontaneous stroke at Hartsfield-Jackson Atlanta International Airport before boarding her flight to Texas.

In the past, Davis battled alcoholism. And, she revealed that despite the concern expressed by her friends and family, it was not until many years later that she sought treatment for her addiction and depression.

Davis’ first DUI was in the ‘90s after a holiday party, and the next one was in 2012. The final DUI was three years later, and it was then that she checked herself into rehab.

Amanda Davis’ death has come as a shock to her friends and loved ones, and the news anchor will be missed dearly by many. Davis may have retired in 2012, but she was an icon for journalism.

Here are some of the kind words her loved ones shared following her passing:

Our thoughts and prayers are with Amanda Davis, her family and CBS 46. https://t.co/yNyKs2SPL3

This is heartbreaking to write. our friend, colleague and morning anchor Amanda Davis has died after suffering a massive stroke. May God be with her and her family.❤️?? pic.twitter.com/MlTpRgwBIS

EVERYBODY who grew up in Atlanta in the past 30 yrs grew up watching Amanda Davis, Monica Kauffman, and Brenda Wood. RIP Amanda Davis