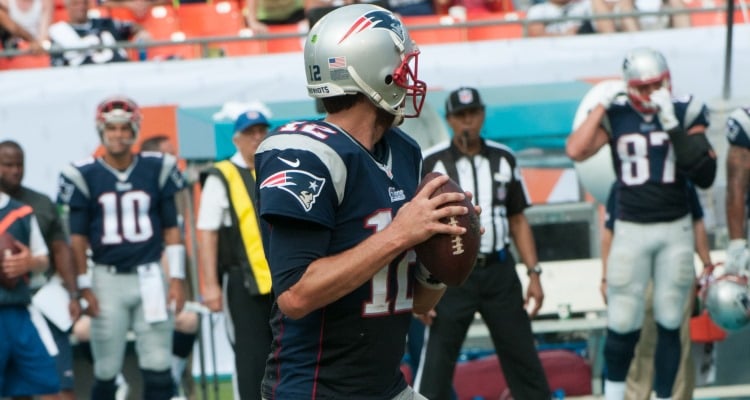 For more information on that story and the New England Patriots, here’s what you need to know.

At the beginning of the 2016 football season, quarterback Tom Brady was suspended for allegedly tampering with the footballs, by slightly deflating them. This move, allegedly performed by several New England Patriots players, made the balls easier to throw, catch and hold. Although Brady initially denied the accusation, he was eventually the only player suspended after the investigation. He missed the first four games of the season, and perhaps this is the reason why fans are wondering if he will make it as starting quarterback in tonight’s game.

As it turns out, a report from NESN says the reason is because Garoppolo is recovering from a shoulder injury he suffered during Sunday’s win. The only active alternative is Jacoby Brissett, who is still a rookie. So far, no reports have confirmed Brady’s participation in the fifth season game.

Despite the suspension, Tom Brady still continues to be the fan favourite. Columnist, Bill Reiter wrote an article for the NFL section on CBS Sports’ website, comparing Brady with the two other options for tonight’s New England Patriots vs. Houston Texans match. The two other options for starting quarterback are Jimmy Garoppolo and Jacoby Brissett. Reiter writes, “The man has won four Super Bowls. Four! Remember those? He has two Most Valuable Player awards on his mantel at home. . .” By the sounds of it, although Garoppolo and Brissett are incredible players, they still don’t match Brady’s skills.

The Patriot’s full roster is up on the team’s official website, and as the unofficial depth chart lists the starting QB as Jimmy Garoppolo, and Jacoby Brissett in second. The final decision may not be made until the 11th hour so fans will have to be patient.

Fans wondering if Rob Gronkowski will play can have some hope because the depth chart has his name in bright Patriot blue at the first offense tight end spot!