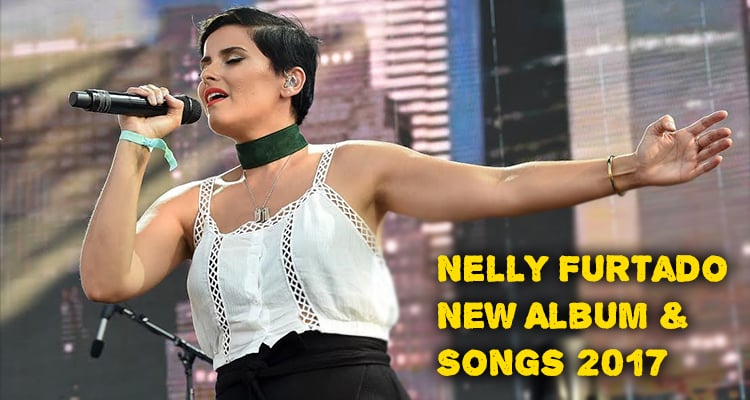 If you haven’t noticed, Nelly Furtado has been absent from the music scene for quite some time now. After exploding onto the charts in 2000, people couldn’t get enough of the Vancouver native, but in recent years, she’s seemed to fade out of the spotlight. Now, she’s making a comeback with one of the most-anticipated albums of the year! Here’s more about Nelly Furtado’s new album for 2017, The Ride.

It’s been five years since The Spirit Indestructible, and since we’ve heard any new music from Nelly Furtado. The “Say it Right” singer has been traveling in her absence from the music scene, performing at small concerts and working for the non-profit, WE charity, formerly known as Free the Children. However, the wait for Nelly Furtado’s new songs is now over, as she’s part of the wave of pop musicians releasing new music this year! The 38-year-old released new songs while recording her new album in Dallas, Texas with British musician, Dev Hynes and producer, John Congleton. Nelly Furtado’s upcoming album is dropping in 2017, and there’s an upbeat pop single to go with it. Here’s more about Nelly Furtado’s new songs and her new album in 2017.

Since February 2016, Nelly Furtado has been dropping hints on social media that she’d be releasing some new music soon. Following the announcement, she released a collaborative track with Dev Hynes (a.k.a. Blood Orange) called “Hadron Collider.” The song was part of Hynes’ album, Freetown Sound.

A few months later, Furtado gave an “appetizer” of her upcoming album by releasing “Behind Your Back,” exclusively on Spotify. She tweeted that the song is not part of her upcoming album, but more of a “palette cleanse.” Nevertheless, it was enough to make fans hungry for more.

Soon after “Behind Your Back,” Furtado said in an interview that she recorded a total of 16 songs with Grammy-winning producer, John Congleton. However, the finished album will contain only 12 out of the 16 songs.

In September 2016, Furtado announced that her album, The Ride, would be released in March 2017 through her record label, Nelstar Entertainment. The announcement came with a brand new single, “Islands of Me” exclusively on Spotify, before being made available on other digital streaming sites. She performed “Islands of Me” to kick off the 2016 New York Fashion Week.

Two months after releasing the infectious pop track, Furtado returned with another single called “Pipe Dreams.” She revealed to Billboard that she wrote the song while in Kenya working with WE, building girls’ schools in the Maasai region. During her hiatus, she was focusing on her 13-year-old daughter, Nevis Gahunia, her philanthropic ventures, and she also explored creative outlets like pottery, sewing, and playwriting.

When asked if “Pipe Dreams” is the first single from the much-awaited The Ride, Furtado said she isn’t dropping singles and will release the songs that she wants to share with her fans. She did mention that there will be a deluxe edition of The Ride that includes “Behind Your Back” and “Islands of Me.”

Furtado has taken creative control and is independently producing her new album with the help of John Congleton. She first met the music producer in 2014 when they co-wrote the song, “Phoenix.” They proceeded to record her album at his studio, Elmwood Recording, in Dallas. “At the time, I was managing myself because I had just ended a 20-year professional relationship —our friendship has remained, but we just went in different directions professionally,” she told Billboard. “I found myself having this thrill of being completely independent, and I got a shuttle ride over to John’s studio.”

With her new, trendy, cropped hair, Furtado is building excitement for her album with her latest single, “Cold Hard Truth,” along with making the album available for pre-order on January 27, 2017. Nelly Furtado’s new album, The Ride releases on March 31. In the meantime, check out the music video for “Pipe Dreams” below.