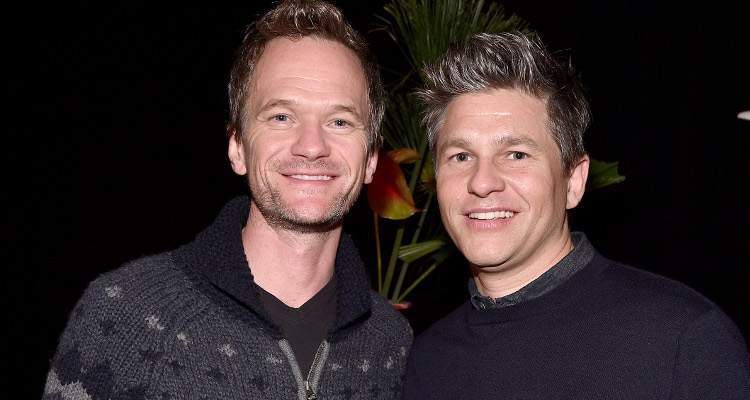 Neil Patrick Harris’ husband, David Burtka is more than excited about another book Harris wrote for kids. Harris is raising twins with his husband of three years, and they are nothing less than a happy family! If you are wondering about the details of the marriage, then you need to get the facts with our David Burtka wiki.

Neil Patrick Harris’ book is titled The Magic Misfits, and Harris said he loved magic and wanted kids to live in an accepting world through his book. His author-chef husband, however, is preparing for yet another amazing holiday with Harris and their children. Here is everything you need to know about David Burtka.

David Burtka was born in Michigan, on May 29, 1975, making his age 42. He was born to mother Deborah Zajas and father Daniel Burtka and comes with a Polish background. Ever since he was little, he knew he wanted to do something big with his life and cooking attracted him. Burtka went to Salem High School and received training in acting from the Interlochen Center for the Arts.

Once he was sure he wanted to pursue the field of acting, he graduated from the University of Michigan in Fine Arts. Burtka further went on to train at William Esper Studios, and in 2002, made his TV debut. His first role was as a guest on The West Wing, after which he went on to do another guest appearance in Crossing Jordan. In 2003, Tulsa saw Burtka in a Broadway debut, a revival of the infamous Gypsy, which starred Bernadette Peters.

Burtka won a Clarence Derwent Award for his role in the amazing The Play About the Baby, where he played the boy’s role. After this stint, Burtka worked in some musicals, and the next thing you know, he landed the role as Scooter on How I Met Your Mother.

But his passion for food took him on a different route and David Burtka graduated from the famous Le Cordon Bleu in Pasadena in 2009. He’s has been working as a chef ever since.

I gotta wear my burger shirt!!

A Sweet Meet that Led to Marriage

Though both of them were tight-lipped at the time, Harris came out in 2006.

“I am happy to dispel any rumors or misconceptions and am quite proud to say that I am a very content gay man living my life to the fullest and feel most fortunate to be working with wonderful people in the business I love.” He said when he gave a statement about his sexuality.

The couple had reportedly met on the sets of HIMYM in 2003, and more than a decade later, they tied the knot in Italy.

It was a quiet and beautiful ceremony with only close family and friends, but whoever attended it, were mesmerized by the beauty of the wedding.

According to talk show host Kelly Ripa who attended the affair, “It was a beautiful family affair in Perugia, Italy. They rented a castle or I think they rented it. I hope we didn’t break into a castle and just stayed there.”

She added, “Sir Elton John performed. There were fireworks. The food was amazing. There were magic tricks, because, you know Neil is way into magic. Their wedding vows were so beautiful.”

Naturally, the next step for David Burtka and Neil Patrick Harris was to start a family.

“It’s a lot harder for gay guys [to have kids], although we tried!” Burtka joked. He went to explain that there were “two different women involved. There was an egg donor, a wonderful woman who was anonymous. We took two of our best guys and implanted them into her eggs, two different eggs.”

The surrogate then carried the babies to term, and gave birth to twins Harper Grace and Gideon Scott in 2010. The couple believes that their son and daughter each take after one parent, and Burtka believes Harper is more like him, while Gideon is more intellectual and heady just like Harris.

Heading to host the Bloody Mary Brunch for the @sobewffest. Looking forward to the mixers and the mingles.

David Burtka’s net worth is estimated at $3.0 million, but he quit acting full-time to pursue his interest in cooking. Burtka trained under Mario Batali in his restaurant called Babbo and later ran Gourmet M.D, a Los Angeles catering company. He also hosted Celebrity Dish on the Cooking Channel, where Hollywood A-listers would regularly appear as guests.

Burtka is taking things slowly now that the kids are seven, and this is not the last you have seen of David Burtka!

Happy Birthday, David. You're the most glorious husband/father/person I've ever had the pleasure of knowing. My love and appreciation for you is immeasurable. May this be your best year yet! xoxo @dbelicious