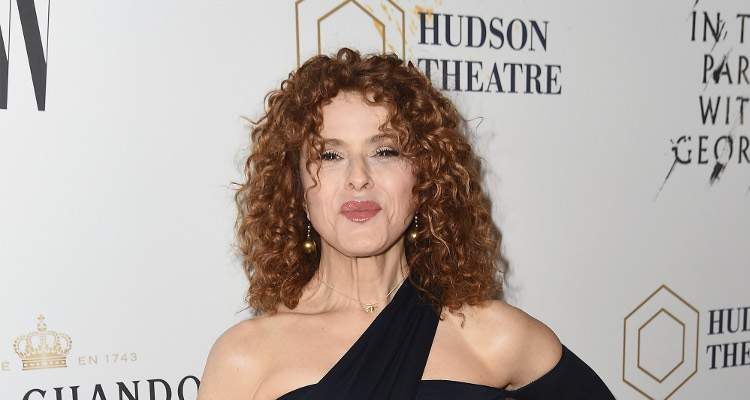 Bernadette Peters started acting as a child artist and went on to have a long, steady, and excellent career in theater, Broadway, television, and films. Peters is also an accomplished singer and concert performer. She has been at the top of her game in the five decades that she has been in showbiz and has always been relevant. With a multi-million dollar fortune and the enthusiasm to perform her best, Bernadette Peters today is a veteran of the entertainment industry.

The Carol Burnett 50th Anniversary Special was a fantastic way of celebrating the golden anniversary of Carol Burnett’s classic, multiple award-winning comedy series. The show had originally debuted on September 11, 1967, on CBS.

The two-hour star-studded event featured Burnett, some original cast members, and special guests. It aired at 8:00 p.m. EST on Sunday, December 3, 2017, and brought an enormous wave of nostalgia to the viewers. And one of the guests on the show was Bernadette Peters, who discussed how the seminal series helped her to pursue a career in showbiz and how it impacted her.

I know it's Carol Burnett's 50th anniversary special, but I'm in love with this footage of Bernadette Peters dancing on her show!!

Bernadette Peters is an American actress, singer, and children’s book author. In her five-decade career so far, Peters has starred in musical theater, films, television, and has also performed in solo concerts and recordings.

She Entered Showbiz at a Young Age

Born on February 28, 1948, in Ozone Park, Queens, New York City, to her parents Marguerite Maltese and Peter Lazzara, Bernadette Peters’ age is 69. Peters made her showbiz debut at the age of three by appearing on the television show Juvenile Jury. She then appeared on shows like Name That Tune and The Horn and Hardart Children’s Hour at the age of five.

Peters started appearing regularly on stage in plays like This is Goggle, A Boy Called Ciske, Miracle in the Orphanage, and The Most Happy Fella. As a teenager, she appeared on Broadway in shows like Gypsy, The Sound of Music, Riverwind, The Penny Friend, The Girl in the Freudian Slip, Johnny No-Trump, and George M!

In 1973, Peters started acting in films as well. Some of the Bernadette Peters’ movies that proved to be popular and helped to establish her career are The Longest Yard, Silent Movie, Vigilante Force, Pennies from Heaven, Annie, Pink Cadillac, Alice, It Runs in the Family, and Coming Up Roses.

Comedy legend Carol Burnett is marking the golden anniversary of The Carol Burnett Show with a star-studded celebration. “First of all, I can’t believe it went so fast,” the 84-year-old says of the five decades that have passed since the ground-breaking program's premiere. Inside Edition went backstage with the icon as she reunited with friends and former cast members for the Carol Burnett 50th Anniversary Special, which will air Sunday at 8 p.m. ET on CBS, the network that aired the variety show. Three-time Tony Award winner Bernadette Peters, who is set to take over Bette Midler’s role of Dolly Gallagher Levi in Hello, Dolly! on Broadway next January, made multiple guest appearances on The Carol Burnett Show. "She is still such a brilliant comedian and has a great sense of humor and great timing,” Peters said of Burnett. The full video (by my colleague Jim Moret) and article up on @insideedition! . . . #hellodolly #insideedition #carolburnett #cbs #tv #varietyshow #bernadettepeters #harryconnickjr

Peters had a steady and fruitful career on television as well. She appeared in series like The Carol Burnett Show, All’s Fair, All in the Family, The Muppet Show, Carol & Company, Ally McBeal, Law & Order: Special Victims Unit, Boston Legal, Grey’s Anatomy, Ugly Betty, Smash, Mozart in the Jungle, and The Good Fight.

Peters has acted in many TV movies like Paradise Lost, Once Upon a Mattress, The Islander, David, Fall from Grace, Into the Woods, Cinderella, Holiday in Your Heart, Prince Charming, and Living Proof.

There are conflicting details about Bernadette Peters’ net worth, but it must be substantial thanks to her long and diverse career. The feisty actress is still as thrilled and motivated by showbiz as she was when she started almost five decades ago.

Peters is still very enthusiastic about her work. She has been signed on as a replacement for Bette Midler in the musical called Hello, Dolly! starting in January 2018.

Marriage is a sad topic for Peters because she lost her husband on September 26, 2005, in a helicopter crash in Montenegro while he was on a business trip. Bernadette Peters’ husband was an investment adviser named Michael Wittenberg. The couple got married on July 20, 1996, at the home of her long-time friend and actress, Mary Tyler Moore, in Millbrook, New York.

Changing with the Times

Peters has won a slew of awards for her work over the years like the Tony Award, Drama Desk Award, Golden Globe Award, and her list of nominations would be a mile long. Peters is one of the veterans of the entertainment world and has given some excellent performances over the years. And, she has always been relatable even though trends have come and gone all the time.

With her enthusiasm and rock-solid talent, there is no doubt that Bernadette Peters will continue to entertain audiences from diverse backgrounds in the years to come.