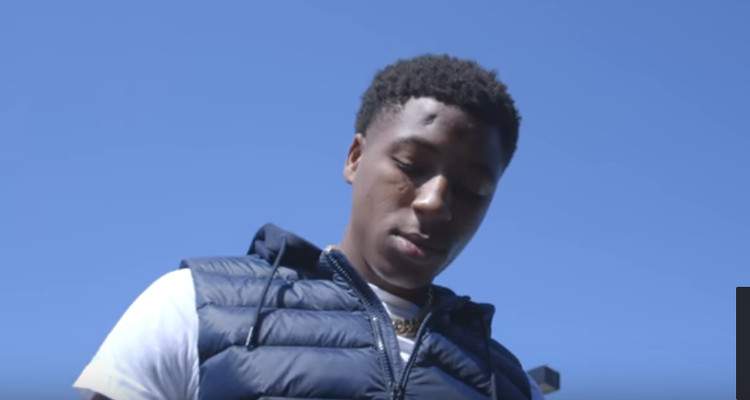 Even though NBA YoungBoy’s chain must have cost him a pretty penny, he’s not very upset over its theft. It looks like someone took the chain from a member of the rapper’s entourage and wanted at least $20,000 from NBA YoungBoy to return it. The rapper says he has too much money to bother about the stolen chain.

NBA YoungBoy’s chain was snatched, and he is not that upset over it! Even though his real name is Kentrell DeSean Gaulden, people know him as YoungBoy Never Broke Again, or simply NBA YoungBoy. He is in the news after somebody stole his chain from a member of his entourage. Who snatched NBA YoungBoy’s chain?  Here are all the updates on who took NBA YoungBoy’s chain, and what the rapper thinks about the situation.

No Need to Sweat It

NBA YoungBoy and his entourage were on a tour stop in Greensboro, North Carolina when a video of the rapper performing surfaced, showing a chain being snatched from a member of his crew. When he found out about it, NBA YoungBoy immediately addressed the crowd saying, “You see that chain you just took off my partner’s neck? That ain’t his chain, that’s my chain. I ain’t really tripping off that s**t because I got too much money. I will shoot this b***h up!”

Also Read:  Gucci Mane Net Worth: How Much is the American Rapper Worth?

Does he have a point? ? (swipe left) cred: @thisdudefunny_ #nbayoungboy

Another video shows the rapper saying, “Don’t go on Instagram acting like you took that b***h off my neck.” Before this, he talked to the crowd asking whoever it was that took the chain to raise their hand and come forward, but no one did. However, it is possible that they finally came forward about the incident. In a grainy FaceTime video, two men can be seen talking, and one is wearing the chain in question. That man says that NBA YoungBoy needs to say that he was caught slipping. The other says that the rapper will have to give them $20,000 if he wants the chain back!

Not a Care in the World

Neither NBA YoungBoy nor any member of his crew have come forward about the development. It almost seems as though he has too much money to care about one chain being stolen! In fact, the men who took the chain claim that NBA YoungBoy caught them in the act, but did nothing to stop them. The rapper has not yet responded to these accusations and is keeping quiet over this issue.