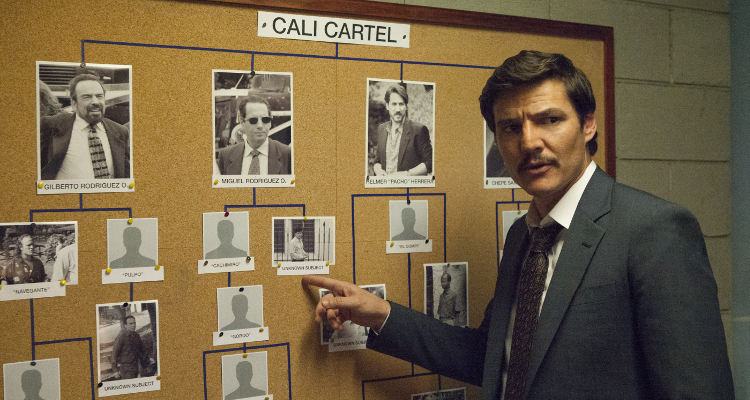 Narcos season 3 premiered just a few days ago, and we’re already anticipating another season. After the death of Pablo Escobar in season 2, the future of the show is unclear. Will there be a Narcos season 4?

Netflix released an all new season of Narcos on September 1, and we’re pretty sure fans of the series have binge-watched the entire series in record speed. After the drug kingpin, Pablo Escobar was killed in season 2, fans were unsure if the series would continue. But we have been blessed with Narcos season 3, and we’re already craving for another season of the crime drama. Will there be more of Narcos in the future? We’ve got details about Narcos season 4 release date right here.

When Would the Narcos Season 4 Come on Netflix?

When the Narcos season 2 premiered on Netflix, it was announced that the series is renewed for two more seasons. But season 2 saw history being repeated with the death of Escobar. How would the show continue without the Big Bad it is based on? But the series has a way of evading death like the DEA agents it shows. There was talk that the Narcos season 3 would now center on the notorious drug lord, El Chapo. But as we found out, the latest season focused on the rise of the godfathers of Cali Cartel in Colombia.

Now that season 3 is here with the richest drug cartel at its heart, can we anticipate season 4 soon? It had been renewed for season 4 way before season 3 even began filming. But Netflix has been canceling a few of its low-key popular shows which are failing to gain some critical attention. And critics were of the opinion that Narcos doesn’t need to continue after the death of Escobar.

As far as we are concerned, Narcos season 4 will be coming. The release date hasn’t been disclosed since it’s only been a couple of days since the season 3 premiere. Considering that we were treated to a new season of Narcos every year, we can cross our fingers for the series to return in 2018.

From Colombia to Mexico?

With a title like Narcos, the show declared that it would go beyond Escobar. After the fall of the infamous outlaw, DEA Agent Steve Murphy played by Boyd Holbrook left Columbia. Murphy’s partner, Javier Pena, portrayed by Game of Thrones favorite actor, Pedro Pascal became DEA’s sole protagonist as they attempt to take down the Cali Cartel that rises in power after Escobar’s death and operate in a more ruthless and profiteering fashion than the kingpin.

Javier Pena may not have a partner this time around when he takes on more than one baddie. Cali Cartel was founded and run by four drug lords portrayed by a new cast. Damian Alcazar, Alberto Ammann, Francisco Denis, and Pepe Rapazote make up the new baddies of season 3. Each of the four kingpins meets different fates when the DEA takes down the richest cartel in history. It’s not known if the show will conclude the Cali Cartel arc in season 3 or continue it next season.

However, those who have already watched the season at warp speed have teased that Pena has wrapped up business in Colombia and has set his sights on the drug cartels in Mexico. Fans have been hoping that Narcos will come to modern times and focus on the Sinaloa Cartel founded by Joaquin ‘El Chapo’ Guzman.

One of the most famous criminals of modern times, El Chapo was known for more than just running one of the biggest drug trafficking rings in history. Fans have been dying to see his notorious prison escapes, his family, and his cruelty get the Narcos treatment. But whether the show is heading to Mexico next hasn’t been confirmed by Netflix yet. And the streaming giant already has another critically-acclaimed show on El Chapo.

Others are predicting that the show might take Pena to Puerto Rico or Spain. Some insist that some other Mexican cartel would be the focus since the Cali Cartel had connections in Mexico. But it’s anyone’s guess at this point.