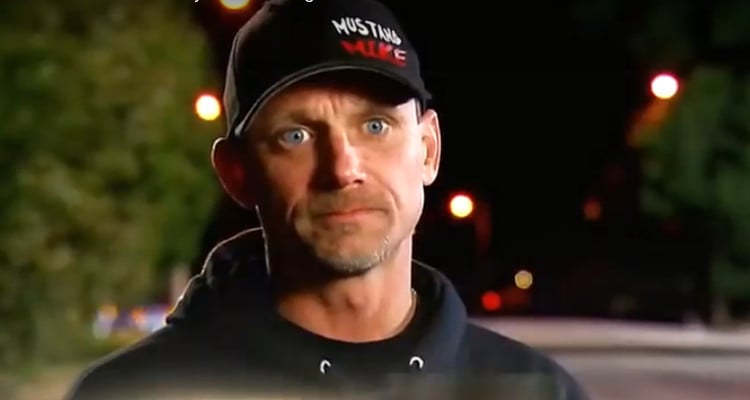 Another exciting season of Street Outlaws premiered on November 27 on the Discovery Channel. Mustang Mike Gage on Street Outlaws is one of the most beloved people on the show so it came as no shock that fans freaked out at the sight of his car smashed, given in the season preview. If you want to know more about Mustang Mike’s car crash, then keep on reading.

American reality TV series, Street Outlaws is on its tenth season, which premiered yesterday. Street Outlaws gives the viewers thrills when some of the amazing drivers tighten their seatbelts, transform their cars, and take their cars out for a spin. According to the Facebook page of Street Outlaws, “From a 1969 Chevy Nova to a race-ready farm truck, the vehicles – and their drivers – come in all shapes and sizes and have one thing in common: the need for speed. But according to the STREET OUTLAWS of Oklahoma City – home to one of the largest undercover street racing rings in America – if you’re not on “the list,” you don’t matter. The “list” contains the 10 fastest street-racing cars in Oklahoma City and they are the best of the best. Not only will these guys do anything -ANYTHING- to get ranked on this list, they’ll do whatever it takes to stay ranked.”

The first season of the American reality television series premiered on June 10, 2013, on the Discovery Channel. The first episode of season 10 of Street Outlaws is titled, “Smoked in Memphis.” In the episode, the 405 crew goes to Memphis, which meant they all raced on JJ’s asphalt road.

Also Read: What Happened to Flip on “Street Outlaws”? How Did Flip Die?

A lot of viewers are curious about Mustang Mike’s car crash after his wife, Beth CG took to social media and posted a photo of what looks like a crashed car. Beth wrote, “Tune in tonight to Street Outlaws on Discovery Channel!! The bad night that actually became a blessing for UNPREDICTABLE!!! People also commented that they were happy Mustang Mike was fine and nothing happened to him in the crash.

In fact, a lot of viewers took to Twitter and commented that they were happy Mustang Mike was all good. Apparently, Mike crashed his car, but thankfully he got out of the crash alive! A lot of Mustang Mike’s fans are glad and thankful that he is still alive and kicking. In fact, he already has a new car ready to go! Gage says it is much “lighter and well-built” than his old car. We hope to see him a lot more on the upcoming episodes of the show. If you missed out on the first episode of Street Outlaws, then make sure you watch it. Also, don’t miss out on the next episode of Street Outlaws on December 4!