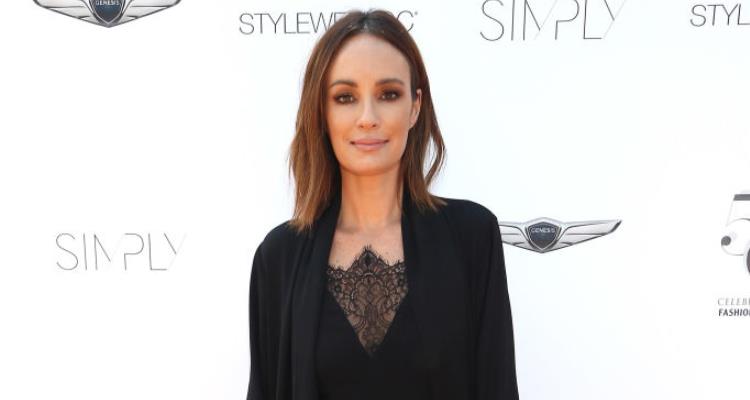 E! News just lost another one of its female anchors and this time, it looks like it was over a pay discrepancy! Fans of Catt Sadler are still processing the fact that she recently quit the dream job and many want to know how much she made. If you’re looking for information on Catt Sadler’s salary and her E! News exit, then we have what you need right here!

How Much Does Catt Sadler Make?

According to sources, it is reported that Sadler, 43, has a net worth of $4.0 million and a salary of $3.0 million. But Sadler stated that her friend and former colleague, Jason Kennedy, makes double what she does, despite her 12 years at the high profile network. So, if what Sadler says is true, this means it’s possible that her net worth could be closer to $2.0 million.

According to Sadler, she was “informed and made aware that my male equivalent at the network who I started with the same year and have come up with doing essentially similar jobs, if not the same job, wasn’t just making a little bit more than me but was making double my salary and has been for several years.”

She added, “That was really hard to swallow, but you know information is supposed to be power and when my team began negotiations knowing what we knew, that was the barometer in which I expected to be paid, based on the law and based on what I know to be fair. And what I believe in my heart of hearts is reasonable.”

While it was upsetting to learn that her friend and coworker made double her salary for essentially the same role and time frame, Sadler isn’t mad at the 36-year-old for their pay gap.

“Jason Kennedy is one of my best friends in the whole wide world,” she told People. “He is like a brother to me. And in no way do I want this to reflect poorly on him. He’s devastated, I think, and I think he believes that this is a great loss for the network. He does not want to see me go.”

“It’s important that people don’t vilify him because he isn’t the problem. The system’s the problem, the structure’s the problem,” she continued. “And I really do mean that. Because that’s been a hard part of this whole thing because I love him dearly. And to be honest, he has been such a champion for me in every sense. But it’s not his decision.”

I couldn’t let today get away without wishing one of my best friends in the world a Happy Happy Birthday. @thejasonkennedy, you are a true class act and one of the finest humans I know. I’m so grateful our paths led us to E more than a decade ago. What a gift to be your tv partner in crime but also gain a friend for life. You’re the best, JK! ?

It won’t be the same without Sadler on E! News and fans have been nothing but supportive of her choice to leave. As for where she will end up is anyone’s guess. She has more than enough experience but right now she’s more focused on spending time with her two sons, after having always put work first.

One Instagram comment wrote, “You are such an inspiration!!! What’s next for you is sure to be AMAZING! I’m a fellow #boymom and you are showing them that the sky is the limit. I can’t wait to see what’s next for you [sic].”

Just two days ago, Sadler took to Instagram to post about her traditional trip to Disneyland with her kids, but for right now, the skies the limit for where she might end up next!

I won’t soon forget the friends and memories made over the last few days. It was truly meaningful to be a part of #SimplyDubai. Thank You! @simply @malloftheemirates @azdef #WorldofFashion2017 #azdef