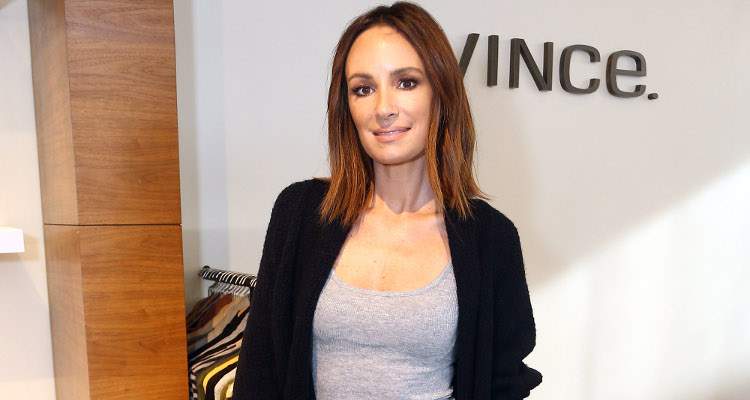 Catt Sadler started working at E! in 2006 when she hosted The Daily 10. However, the 43-year-old anchor for E! News and Daily Pop announced that she was leaving. It was reported that Sadler made the decision to leave after learning that her co-host, Jason Kennedy, was earning more than her.

Sadler took to Twitter to tell fans, “It’s true. Today will be my last day on #DailyPop and @enews. I hope you’ll tune in so I can thank you for the memories. I love you guys SO much it hurts.”

Where Is Catt Sadler Going?

Sources revealed that “Catt’s contract with E! was up and she recently found out that compared to her coworkers she was being very underpaid.” They further added, “She found out Jason Kennedy makes significantly more than her, even though she does more work for the network and she was outraged. The network was not interested in negotiating with her to get her up to his salary. She doesn’t blame Jason and Jason feels horrible about the discrepancy in salary. He loves Catt so much and was just as upset as she was to find out that she was being paid so much less. He thinks she will do amazing at whatever she does next and that E! made a big mistake.”

Been dying to bust out my sweaters this season! Loving the luxe velvet detail on this @jcrew cardi from @nordstrom DUH! Want to shop all these pieces? #liketkit has made it easy breezy. Muah. http://liketk.it/2tSPa @liketoknow.it #Nordstrom

Currently, there is no news about Catt Sadler’s new job or where she is going. But we wouldn’t be surprised if another job offer comes her way soon!

So, why did Catt Sadler really leave E!? Sadler explained the reasons behind her decision on her website.

Sadler wrote, “I was named host [of Daily Pop] which meant double duty. Hosting a live, two-hour daytime show while also hosting [E! News] most nights. It was creatively challenging but genuinely one of the most fulfilling years of my professional career. Coincidentally, around this same time an executive from [E!] brought something alarming to my attention — namely, that there was a massive disparity in pay between my similarly situated male co-host and myself.”

“More recently, when [E!] reached out to renew and extend my deal, I learned that he wasn’t just making a little more than I was. In fact, he was making close to double my salary for the past several years. My team and I asked for what I know I deserve and were denied repeatedly,” continued Sadler.

What lies behind us and what lies before us are tiny matters compared to what lies within us. -RWE

Sadler ended her statement by writing, “It was important for me to explain my departure. I did not want to disappear from your television screens and have you wonder why. Thank you for your precious time all these years. Thank you for the support. Thank you for the constant exchange of ideas on social media as well. This chapter is over and a new one begins.”

It certainly was a tough call for Catt Sadler to make, but she did what she felt was right. We will miss her hosting E! News, and hope to see her back on our screens soon!