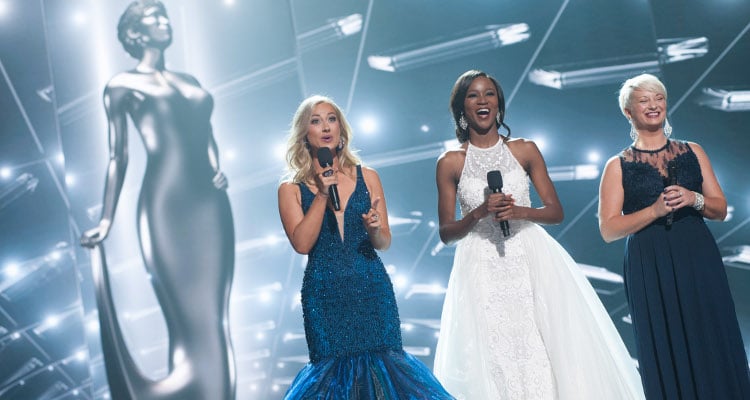 It’s almost time for the 66th Miss USA pageant and 51 women from each state (and the District of Columbia) have already been chosen to compete for the crown. But who are the judges for Miss USA 2017? While all eyes are on the lucky ladies, it’s also important to know who will be in charge of evaluating them. So, if you want to know more about the Miss USA 2017 judges, then don’t go anywhere!

Who are the Miss USA Hosts?

This year’s hosts for the Miss USA pageant will be actress and Dancing with the Stars judge Julianne Hough and actor Terrence J. The show will air live on May 14 from the Mandalay Bay Events Center in Las Vegas at 8:00 p.m. EST on Fox. Model Ashley Graham will also serve as a backstage host at the event.

Welcome back our hosts @JulesHough and @iamterrencej and our backstage host @TheAshleyGraham! #MissUSA • Watch LIVE this Sunday, May 14th at 8pm ET on @FOXTV!

Who are the Miss USA Performers?

This year’s pageant performers will include Pitbull, Brett Eldredge and Cirque du Soleil’s, Michael Jackson One. Be prepared to jump out of your seats for this Sunday! It’s set to be an amazing show!

We're excited to announce our #MissUSA performers! SWIPE to see who will be hitting the stage this Sunday, May 14th at 8pm ET on @foxtv.

Who Are the Miss USA Judges?

Brooke Antoinette Mahealani Lee is the only Native Hawaiian to ever win the Miss Universe Crown. The Honolulu native was raised in Pearl City, and represented her state in 1997. She was later crowned Miss Universe in Miami, Florida. Since her glory days, she has traveled the world as a producer, TV host and writer. She is happily married with two kids and is ready to help select the next Miss USA.

In her Miss USA profile, she stated how important it is to have female role models to look up to.

“Let’s face it in the world of instant information, and a constant barrage of social media it is essential that female role models cut through the noise and be able to set concrete examples of integrity and truth. Miss USA has always stood for a woman that has followed her own path, and celebrated that unique path in achieving the title.”

Carson Kressley is an Emmy-winning TV personality, style expert, best-selling author and fashion designer. He started as an independent designer and has worked his way to the top ever since. In 2003, he broke down barriers and starred in the Bravo show, Queer Eye for the Straight Guy, for which he won a primetime Emmy.

Halima Aden is a 19-year-old model, who captivated audiences this spring. As a Somali-American, she was born in a Kenyan refugee camp and went on to become the first contestant to compete in the Miss Minnesota USA in a hijab and burkini. She made headlines for staying true to her Muslim faith and was invited to New York by the iconic Corine Roitfeld.

Janet Mock was born in Hawaii and is a best-selling author, TV personality and writer. She is an advocate for trans women’s rights and is a coveted speaker and the founder of #GirlsLikeUs, a social media project that strengthens trans women.

She attended the University of Hawaii at Manoa and earned her MA in journalism from New York university.

Jeannie Mai, who is of Vietnamese and Chinese descent, is a co-host of the hit daytime TV show, The Real. She is known for her humor and tireless years of empowering women and making them feel special about themselves. She has hosted on red carpets with Entertainment Tonight, E! News, Extra and more.

Nancy Lublin doesn’t get much sleep, but that’s only because she’s up saving the world, one organization at a time! She’s the wife of Jason Diaz and the mother of their two kids, and is the founder/CEO of Crisis text Line.