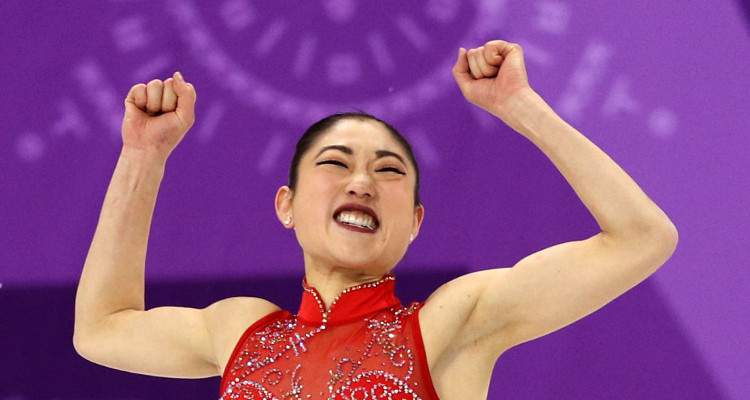 Viewers were stunned when figure skater Mirai Nagasu completed a successful triple axel at the Winter Olympics 2018 in Pyeongchang, South Korea, this past weekend. They were also very curious about the “tattoo” they saw on her inner thigh during her performance. So, does Mirai Nagasu have a tattoo? Keep reading to find out!

U.S. figure skater Mirai Nagasu has successfully done an extremely difficult and rare triple axel while competing at the Winter Olympics 2018 at Pyeongchang, South Korea. It has made her the first female U.S. figure skater to achieve this feat at an Olympic competition. Nagasu has done this incredible jump before at the U.S. International Figure Skating Classic in 2017.

Americans were stunned at Nagasu’s accomplishment, but something else caught their attention during her performance on the skating rink. People thought that they saw a big “USA” tattoo on Nagasu’s inner thigh. So, what is on Mirai Nagasu’s leg?

We will tell you all about Mirai Nagasu’s leg tattoo, right here.

The truth is that Mirai Nagasu does not have a tattoo on her leg at all. On the day of her performance, she was using some Team USA-branded kinesiology tape under her tights.

KT Tape, the company that manufactures this product, immediately took to social media to explain.

The company wrote on Twitter, “She’s wearing @KTTape, a kinesiology tape to help provide pain relief and support. We provided #TeamUSA with tape with “USA” on it so you can see it through her tights if you look closely.”

Protection Against the Cold

Other athletes at the Winter Olympics in South Korea are also using this tape across their faces. This was to protect themselves from cold temperatures in Pyeongchang.

Nagasu did not let the cold temperatures come between her and her incredible feat. And, she used the tape to good effect!

The mystery surrounding Mirai Nagasu’s “tattoo” was solved, and everybody applauded her achievement. Although the figure skater took the confusion with a pinch of salt, KT Tape was ecstatic with all the publicity they received.