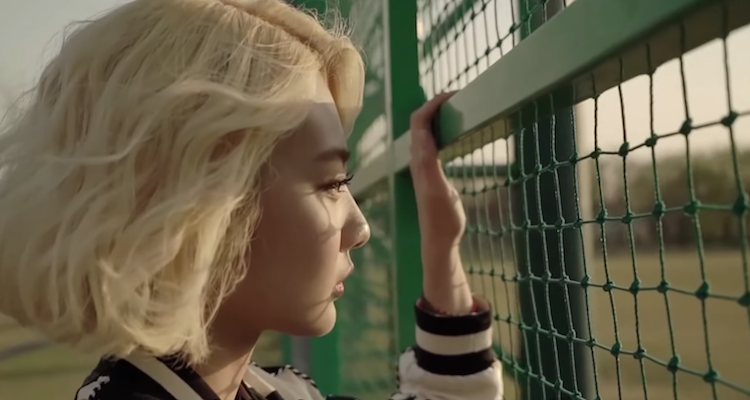 If you watched the start of the Winter Olympics 2018, you may be wondering who some of the opening ceremony performers are. Unless you are very familiar with Korean pop music, many of the performers may not have been known to you. In this Ahn Ji-young wiki, we’ll take a look at the performer, and hopefully get you a little more familiar with her and the genre of music she represents. From her personal life to songs, we’ll try to give you a starter guide for everything Ahn Ji-young.

Apparently, she met her Bolbbalgan4 bandmate, Woo Ji-yoon, in school. According to official bios, the two dreamed about making it big in the world pop music. But with K-Pop, some of these bios may not be completely accurate.

The Business of K-Pop

You may have noticed that some of the personal details regarding Ji-young are missing. For example, there was nothing on Ji-young’s boyfriend or who she is dating. We mentioned the bio of the band might be suspect. Why?

K-Pop follows a bit of a different model than what we are currently used to in the west. Most bands and duos in K-Pop are assembled by an agency, as opposed to formed in a garage or, in this case, a classroom.

While this approach isn’t too different from western pop acts like N’Sync and the Backstreet Boys, K-Pop takes it up a notch. Personal details of the members of these pop acts are kept under wraps. The idea is that they are to be ideal and idols. Idols don’t have children, or get married, or date. Or, at least not until later in their careers.

Members of K-Pop acts are often assigned roles. In the case of Bolbbalgan4, they are also known as “blushing youth.” Ji-young portrays herself as a bit of an adolescent with those kind of tendencies.

Social media for these bands is tightly controlled. If the pics on Ji-young’s Instagram seem a bit staged or posed, that’s because they probably are.

Were Ji-young and Ji-yoon classmates? We think so. But the public details about their respective lives may be slightly different.

Bolbbalgan4 have only been active since 2016 but managed to climb to popularity in Korea very, very, quickly. Their albums and EPs sell incredibly well, and racked up a number of award nominations and wins.

Their latest release, Red Diary Page.1, was released on September 28, 2017, and went up the charts quickly. Their song, “Galaxy” won song of the year at the 14th Korean Music Awards. Ahn Ji-young’s songs tend to be very melodic and gentle sounding. Other than the fact that they are sung in Korean, many could easily fit in on pop or adult contemporary radio stations in the west.

So why was it just Ji-young performing at the Olympic opening ceremonies and not Bolbbalgan4? While this isn’t confirmed, it’s probably a two-part strategy. Ji-young performed alongside Jeon In-kwon, a well known Korean rock star from an older era.

With that performance, you get a bit of the old for the adults, a bit of the new for younger fans, and a little bit of a try out for Ahn Ji-young to see how popular a reaction she gets on her own for a possible solo album.