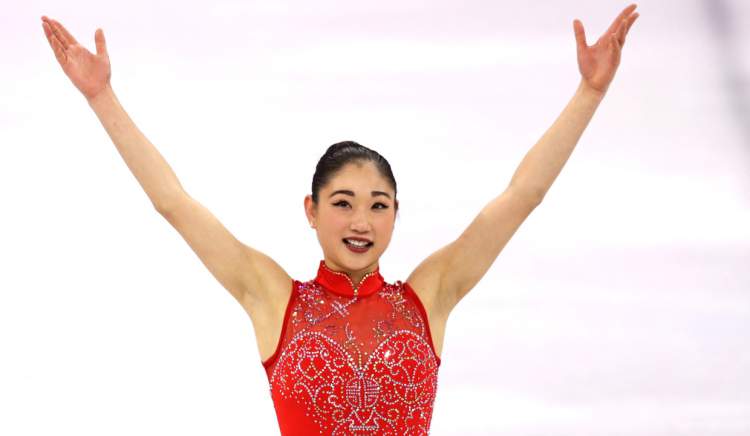 Mirai Nagasu made history on ice at the 2018 Winter Olympics after landing a triple axel! And, she couldn’t have done it without the support of her special man. Mirai Nagasu and her boyfriend, Darian Weiss, make one cute couple! Keep reading and you’re going to wish for a man like Darian Weiss!

If you missed it, Mirai Nagasu made figure skating history, becoming the first American woman to land a triple axel at the Olympics! She is dazzling on the ice, but off it, she’s gushing about her amazing boyfriend. Darian Weiss is the figure skater’s biggest supporter, who has been with her through it all—from the time she didn’t make the team, to her historic moment in Pyeongchang. Get the scoop on Mirai Nagasu’s beau, right here in our Darian Weiss wiki.

He’s No Stranger to the Ice

Darian Weiss is pretty familiar with his girlfriend’s sport given that he’s an ice dancer himself. He competed as part of the Los Angeles Figure Skating Club in the novice and intermediate levels.

He skated with “Stars on Ice” at the Staples Center with other famous figure skaters. Together with his ice dancing partner, Bailey Melton, he competed in the Swiss National Championship.

He’s not currently competing in the Olympics, but he’s in Pyeongchang to support his girlfriend.

He was born on November 17, 1992, in Los Angeles and is a man of many talents. He plays the piano, guitar, and drums.

Also Read: Why Is the Triple Axel So Hard? Mirai Nagasu Nailed a Triple Axel at the Olympics!

He’s Familiar with the Spotlight

Off the ice, the 25-year-old is a famous actor with credits in shows like Mad Men and Days of Our Lives. Before he started on the ice, he had already got his start in front of the camera.

His first foray into showbiz came with a “Carnation Good Start” commercial when he was six. He made his acting debut with 2001’s Return to Innocence. He has since built up his acting resumé with TV movies, voice acting, and musicals.

He was last seen in the thriller, Ditch Party in 2016. He has two new movies in pre-production slated to release this year.

Well, my queen is 3 weeks away from going to her 2nd Winter Olympic Games and I couldn’t be more proud of her. She’s been working her ass off over the past few years to achieve her dream again. It truly has been an honor and a privilege to be by her side through this journey and I’m really excited for what is to come. Long live the queen. #roadtopyeongchang #olympics #mirainagasu

Nagasu doesn’t shy away from gushing over her swoon-worthy boyfriend on Instagram. Not only does he call her his “Queen,” but she also loves to mention he was on Mad Men.

Because he’s incredibly supportive of her Olympic dreams, the Pasadena Figure Skating Club (Nagasu’s club), raised funds so Weiss could make the trip to Pyeongchang to support her from the stands! They set up a YouCaring page, where they raised over $14,000.

The page states it costs around $11,000 for one person to travel to South Korea, including attending the events and the stay. Generous donors have raised a lot more than that so that Nagasu could have her man there by her side! (Maybe that’s what helped her make history by completing the triple axel!)

From the looks of it, Weiss is enjoying his time in Pyeongchang and is obviously in a celebratory mood since Nagasu’s historic triple axel! In an interview, she revealed they’ve been dating for three and a half years and that she is very happy.

She revealed that they two are a great fit for each other and she seems extremely proud of her boyfriend. “He handles my insanity very well,” she quipped.

Speaking of insanity, he seems to be handling all the insanity over her performance with the utmost pride, beaming as she made history on the ice. Lucky for Nagasu, her loving man was right there with her share in all her glory.

(She also thanked fans for all the attention on Valentine’s Day, but said she has only one Valentine—and it’s you-know-who!)