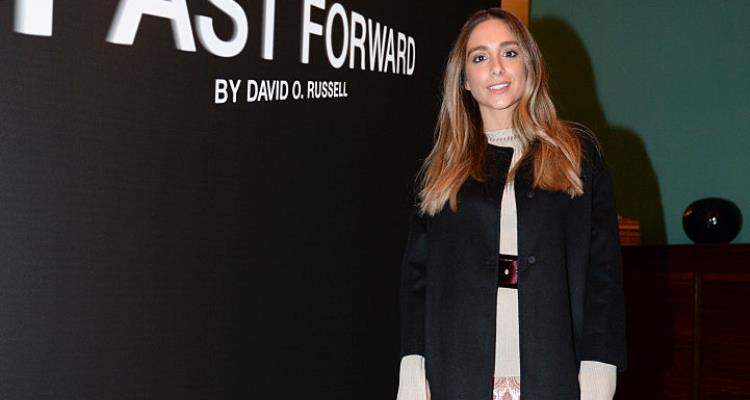 What happened to Mina Basaran’s plane? According to Turkey’s Hurriyet Daily News, the socialite and her friends were killed in a plane crash in Iran. The crash occurred on Sunday after the plane was reportedly taking them home from the heiress’ bachelorette party.

Since her death was announced, many have been wondering about the cause of Mina Basaran’s death or looking for confirmation that it was indeed her on board the plane with her friends. According to reports, the socialite took a trip with her close girlfriends to celebrate her bachelorette party before her wedding, but things went horribly wrong on their flight back. After a weekend of partying, no one expected the socialite’s tragic death. Who is Mina Basaran? Get all the answers you need with our Mina Basaran wiki.

Who Was Mina Basaran?

Mina Basaran was the eldest of two children, born to Turkish billionaire Huseyin Basaran. She died at age 28 on Sunday after it was reported that her private plane crashed, roughly 70 minutes after takeoff. Her father is the owner of Basaran Investment Holding, a business known for its work in food, tourism, construction, finance, and energy.

According to The National, Mina graduated from Turkey’s Koc University with a degree in business administration and received her Master’s in London, England. She also appeared in fashion magazineVogue Turkey and one of her father’s properties, Mina Towers, was even named after her.

Before her death, the late socialite was engaged to marry Murat Gezer, owner of print shop Metprint Baski Sistemler. The wedding was set to take place on April 14 at Ciragen Sarayi, a five-star hotel. They were engaged in October at SoHo House in Istanbul. In fact, she was so popular that on Monday morning, Gezer’s website reportedly crashed from such heavy online traffic.

On Sunday, March 11, Mina’s private plane (which her father owned) crashed in southwestern Iran, reportedly killing all 11 passengers on board, which included Mina and her seven girlfriends. Three crew members were also killed on the private jet. The plane was reportedly traveling from the United Arab Emirates back to Istanbul, but the plane fell off the radar and crashed due to a “technical failure.”

There’s no follow up report as of yet regarding the exact cause of the technical failure, but authorities are now examining the black box. Locals at the crash site mentioned seeing burned bodies in the wreckage and a detailed autopsy still needs to be conducted.

According to reports, the list of Mina’s friends on board the jet includes: Liana Hananel, Zeynep Coskun, Jasmin Baruh Siloni, Asli Izmirili, Ayse And, Sinem Akay, and Burcu Urfali. According to Mina’s Instagram pics, the bachelorette party took place at the One & Only Royal Mirage in Dubai. The last photo snapped of them was posted to Mina’s Instagram account (which has now been disabled) with the girls pictured in pink bathrobes, while Mina was wearing white.

Majority of the bridal party worked in fashion or jewelry, except for And, who was a psychologist in Turkey. Coskun was the daughter of Orhan Coskun, the owner of Toyota Akkoyunlu Company in Bursa. She was also one of Mina’s best friends.

While any tragedy has its fair share of conspiracy theories, there has been no reported sign of foul play. It’s an interesting thought though, especially since Mina was the heir to her father’s fortune. She also had a seat on the company’s board of managers so she definitely held some value. She was also next in line to run his company. Either way, her death has not been ruled as a murder nor have investigators suspected any form of suspicious activity surrounding the crash at this time.