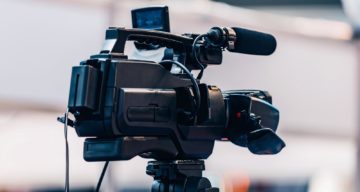 Springfield, Massachusetts, residents received bittersweet news over the weekend. Popular Massachusetts anchor Mike Masciadrelli announced he is leaving WWLP, where he began his broadcast career, after almost seven years. 22News viewers obviously had several questions about Masciadrelli’s departure from the station. They want to know why he is leaving and where he is going next. They hope they will see the anchor on television again. Fortunately for his followers, Mike Masciadrelli answered all the questions about his departure from WWLP.

Mike Masciadrelli graduated from Western New England University with a bachelor’s degree in journalism in 2015. While still a student, he had a brief stint working at a radio station in Italy and even had videography and interview jobs on campus.

His first job after graduation was at the Springfield NBC/CW affiliate, WWLP. He started as a producer and moved up to reporter within the first year.

Masciadrelli’s most prolific work has been done as an investigative reporter at 22News, a role he’s had since 2018. As a reporter and anchor, Masciadrelli has become a significant part of the local community through his work.

So it came as a surprise to 22News viewers when Masciadrelli announced that Sunday, January 9, 2022, was his last day on air at WWLP. And the departure was bittersweet.

Masciadrelli is advancing in his career with a new job at WWLP’s parent company, Nexstar. The job will however be based out of Massachusetts.

On January 10, Mike Masciadrelli begins at the sister station in New Haven, Connecticut, WTNH. Through a social media statement, Masciadrelli thanked his colleagues and viewers at 22News. While regular viewers are loathe to see him go, they wish him well at his new job.