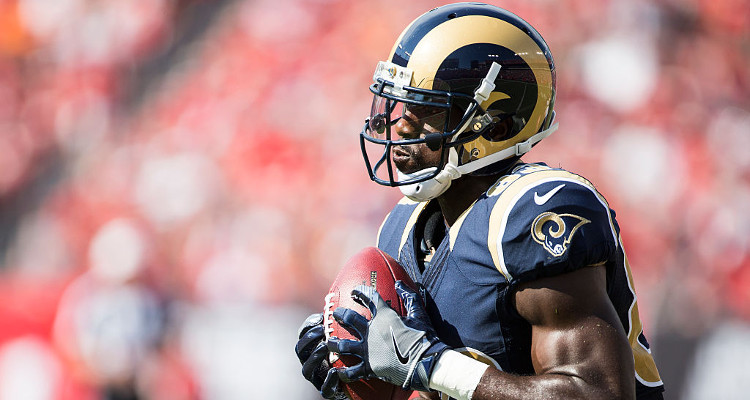 With big earnings come a few fines, and Brian Quick is no exception. Brian Quick’s net worth seemed to fluctuate, but with his most recent contract, we can only hope that his previous financial troubles are behind him. Read on to learn more.

Brian Rumeal Quick is a wide receiver who plays for the Washington Redskins of the NFL. WAGS LA star Michelle Quick’s husband is playing his sixth season with the NFL.  Do you want to know more about him? Then keep reading our Brian Quick wiki!

Michelle Quick is more than just Brian Quick’s wife. She stars on E!’s WAGS LA which airs Sunday nights. Brian is just 27 years old who, until recently, played for the L.A. Rams. Before joining the NFL, he played college football at Appalachian State. It was this very month two years ago that the pair got married. They became parents to a baby girl in May 2016, whom they named Cali Brielle.

Quick was fined $8,268 for unnecessary roughness against Seattle in 2014. A year before,  he had to shell out $7,875 for hitting a Carolina player in the face during a game. However, there have been no reported instances since, and it looks like Brian Quick’s wealth is sure to grow!