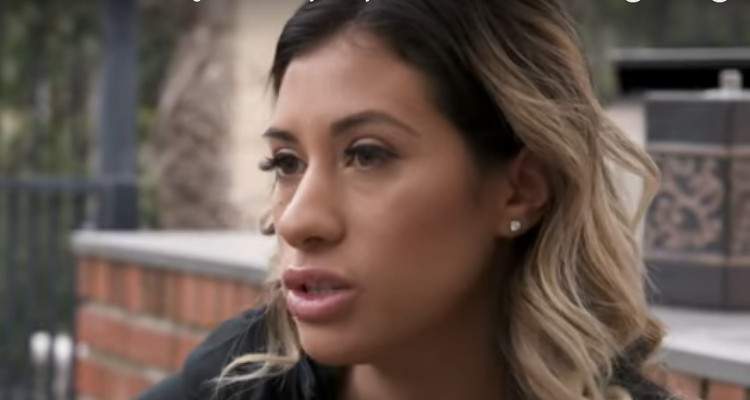 Michelle Quick is married to football player Brian Quick, and she’s always got her man’s back. She also appears on the reality TV show, WAGS LA. Before marrying Brian, she was the girlfriend of football player Joe McKnight, who died in an apparent road rage incident in 2016. The only thing that worries Michelle are her husband’s L.A. fans.

One of the newest members of WAGS LA is already shaking things up! Michelle Quick’s husband, Brian Quick is a wide receiver for the Washington Redskins in the NFL. Before going pro, he played college football at Appalachian State. He also played for the St. Louis/Los Angeles Rams from 2012 to 2016. People are curious to know more about his wife, so we have some details from Michelle Quick’s wiki.

Born on February 25, 1987, in El Salvador, Michelle Quick’s age is 30. Even though she was born in South America, she was raised in California. Before marrying Brian Quick, Michelle was the girlfriend of Joe McKnight, a running back and return specialist who played in the NFL and Canadian Football League. Michelle Quick and Joe McKnight were together during the late 2000s before going their separate ways. McKnight was killed in an apparent road rage incident on December 1, 2016. At the time, Michelle was married to Brian for nearly a year.

Michelle and Brian Quick were pretty quick to bring in a new addition to their family! Michelle Quick’s kids are named Cali Brielle, and Jaiden, who is a child from an earlier relationship. Because Brian is a much-in-demand football player who might be traded at any given moment, Michelle is always ready to go wherever he does. She also has her hands full with being a full-time mother to two young children. Still, she finds time to engage in her real passion, acting. She recently appeared in the second season of WAGS LA and, according to sources, she was offered to return in season 3.

Michelle Quick’s Instagram is frequently updated, as she often shares pictures of her family life, and with friends, fans, and well-wishers on her Instagram, which currently has over 10K followers! From the pictures, it is clear that she is a social and fun-loving person who likes to share her happy moments with friends and fans.

The Danger of Glamorous Women

Right now, Michelle is very worried about the “groupie scene” in L.A. and revealed that she and Brian spoke about maintaining their strong communication skills while in the city. “The groupie scene in L.A. is pretty serious. Before we came out here my husband and I talked. L.A. is about to be real. We have to stay strong. We have to communicate,” she said. Michelle is working hard to protect Brian from the “thirst traps” that he may come across. Looking out for her husband and kids, and managing her own career, Michelle Quick is one very busy woman!