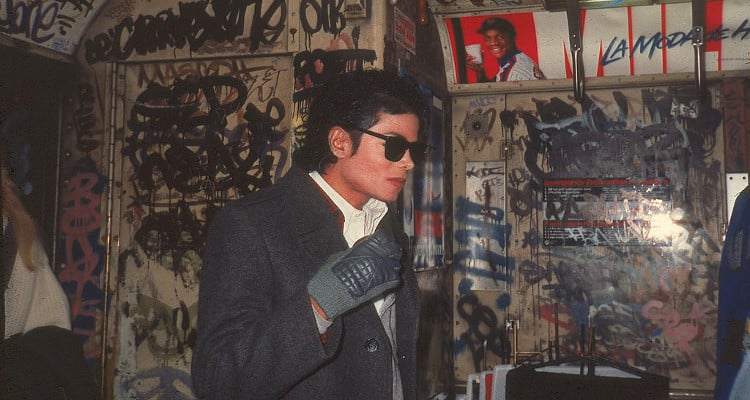 Lifetime is taking us to Michael Jackson’s final days in its latest documentary, Michael Jackson: Searching for Neverland. The movie is based on a book by the singer’s former bodyguards. Who stars in the new Michael Jackson story on TV? Find out right here.

After musicians like Britney Spears and Whitney Houston, Michael Jackson is the latest artist to get the Lifetime movie treatment. The late King of Pop’s final days will be revisited in Michael Jackson: Searching for Neverland. It doesn’t use archived footage, but consists of a realistic cast. It comes at a time when the Jackson family is protesting the use of MJ’s legacy for movies and documentaries. The cast of the movie responded to the family’s criticism. Find out what they had to say right here, and more about the Michael Jackson: Searching for Neverland cast.

What is the Movie About?

There are countless books and documentaries made on Michael Jackson’s life, so how is this one different from the rest? The Lifetime movie is based on the book Remembering the Time: Protecting Michael Jackson in His Final Days, written by Jackson’s bodyguards, Bill Whitfield and Javon Beard.

As per the official synopsis, “The movie will reveal firsthand the devotion Michael had to his children, and the hidden drama that took place during the last two years of his life.” It begins when Jackson withdrew from Las Vegas to protect his children from the scandals he was embroiled in at that time. It depicts his time as a devoted father, his financial woes, and his comeback attempt.

Who stars in this must-watch documentary? Take a look below.

The late of King of Pop is played by Navi, the world’s top Michael Jackson tribute artist. The MJ impersonator is lauded as a dead ringer of the singer. Navi bears an uncanny resemblance to the real thing, which has been acknowledged by the moonwalker himself. Not only has Jackson seen him perform and praised him, he even once hired Navi as his body double!

Having met Jackson, Navi vouches that the superstar was a very humble and everyday person. The documentary portrays that version of Jackson, outside his superstar persona. When the Jackson family accused networks of exploiting Jackson’s legacy, Navi responded saying, “Is it important to me? Of course, because I wouldn’t like to hear that someone didn’t support the project. But I didn’t do this project from a business point of view. I do this project from my heart, from a Michael Jackson fan’s point of view. So it doesn’t matter which company and businesses and associates, whatever, do or don’t support us. Fans want it told.”

In the movie, Jackson’s life is shared from the point of view of his bodyguards, so Bill Whitfield has a prominent role here. He’s played by Chad L. Coleman from The Walking Dead. Whitfield was Michael’s head of security and has seen aspects of the “Thriller” singer’s life the public hasn’t.

The 42-year-old defended the project and the two bodyguards’ book saying, “At the end of the day, Bill Whitfield had a personal experience with Javon Beard. And it is with integrity and character, so there’s nothing salacious here. You know, the men had so many people turn the book down because they said Michael appeared too normal. But that’s what we’re going for. We’re trying to show you the man.”

Sam Adegoke from Dynasty and Switched at Birth plays Jackson’s other bodyguard and Whitfield’s co-author. He hasn’t commented on the criticism from the Jackson family. How Adegoke will portray Beard will be seen when the Lifetime movie premieres.

The movie is primarily about Jackson as a father. We have heard several stories about The Gloved One’s extreme parenting tactics to keep his kids out of the limelight. At the center of this movie will be Jackson’s kids; Prince, Paris, and Blanket (now Bigi).

The disgraced physician was held responsible for Michael Jackson’s untimely death in 2009. He will be portrayed by Ken Colquitt from Days of Our Lives. Murray began working with Jackson a month before his death after having met the superstar a few years before. Though he might not be as prominent in the movie, he surely is a significant presence.

Michael Jackson: Searching for Neverland premieres May 29, 2017 at 8 p.m. EST on Lifetime.